A nun and an employee of the Nirmal Hriday, run by the Missionaries of Charity, were arrested last week for allegedly selling infants for adoption. 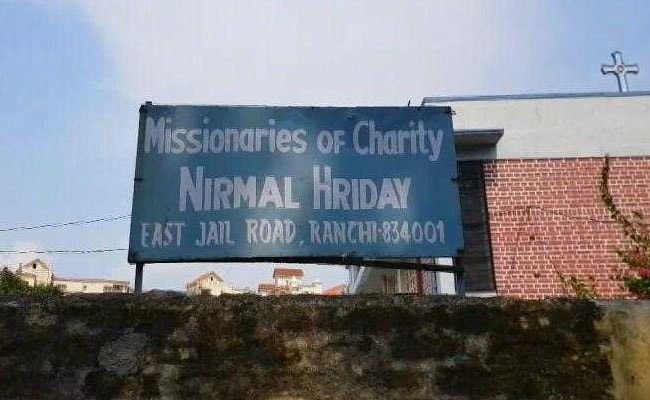 The accused nun, a top church official said, is innocent

The Roman Catholic Church has come out in support of Mother Teresa's Missionaries of Charity days after members of its Ranchi unit were accused of involvement in child trafficking. A senior church official accused the police of hounding the nuns who have been working in the state since 1959. The accused nun, he also said, is innocent and the confession the police claimed to have, was extracted under pressure.

A nun and an employee of the Nirmal Hriday, run by the Missionaries of Charity, were arrested last week for allegedly selling infants for adoption. Claiming they have confessed to the crime, the police said they have come across four instances where infants were sold for about Rs. 1.2 lakh each from the shelter home. While three children has been recovered so far, the police said there could be more instances of trafficking.

Today, Bishop Theodore Mascarenhas of Ranchi told NDTV that the they are moving court on a number of issues, "and we will take it up wherever it necessary to take up".

Claiming he has spoken to the nuns in Ranchi, he said, "The nun has told their lawyer that she was made to sign under force. She was pressurized... The sisters are absolutely innocent. I am appealing to all, allow them to do their work in peace."

Calling the controversy a case of "systemic maligning, Bishop Theodore Mascarenhas of Ranchi said, "The First Information Report seems to have accused the Sister of being responsible for baby sale... I want to make it absolutely clear that a whole organisation cannot be maligned for one or two people".

He also spoke of the nuns working at the unit and criticized the manner of ongoing investigation. The police, he said, are "treating the whole of Mother Teresa's organisation as a criminal gang".

Officials of the state's Child Welfare Committee are accompanying the police for the searches, he said. "They are sending 30-40 policemen to each house... the sisters are protesting, their records are being seized. These are very simple nuns. They don't want to face press, police."

The Child Welfare Committee became involved after Chief Minister Raghubar Das directed the State Commission for Protection of Child Rights to investigate all such centres and shelter homes by August 15.

The Jharkhand government records suggest that the Missionaries of Charity and its five associate organisations have received more than Rs 900 crore over the last 11 years in foreign donations.