Yoga guru Ramdev had earlier tweeted that the country should vote for Narendra Modi once again in the 2019 elections. 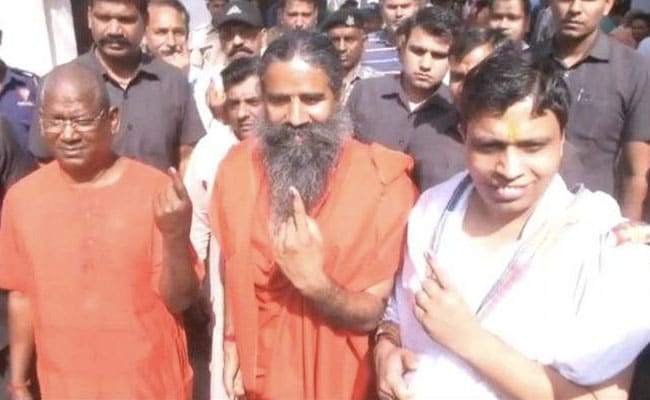 Nationalism and development are the key election issues, says Ramdev.

"Nationalism and development are the key election issues. Although unemployment, poverty, black money, corruption, farmer distress are important issues too, but national security cannot be compromised upon," the yoga guru said after voting.

He added that people should not vote for those who try to divide the nation by creating hatred among people on the lines of caste, class and religion.

The yoga guru met Prime Minister Narendra Modi yesterday. Following the meeting, he tweeted that the country should vote for Narendra Modi once again in the 2019 elections.

Talking about NOTA, he said it was better to choose the best among the given candidates rather than choosing the NOTA option. "Do not Press the NOTA button. There are imperfections in every candidate, choose the one that you find the least imperfect."

Voting is underway in Uttarakhand for all five Lok Sabha seats, currently held by the BJP. Counting of votes will take place on May 23.