Ram Navami celebrations began at midnight in some cities with people decorating temples with diyas, flowers, and rangolis. 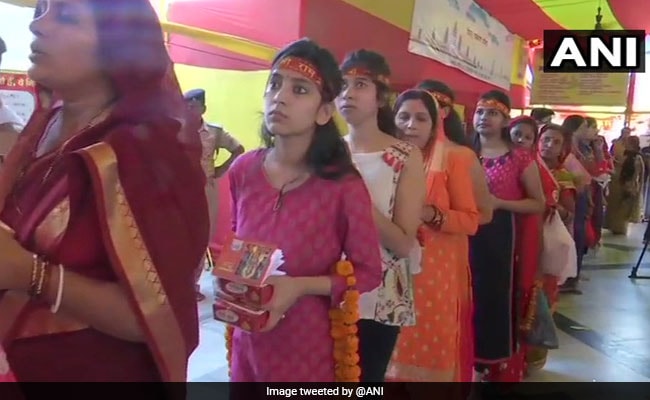 Ram Navami: Devotees queue up at Patna's Mahavir temple to celebrate the birth of Ram.

In some cities, Ram Navami celebrations began at midnight with people decorating temples with diyas, flowers, and rangolis.

In Mumbai, devotees sang devotional songs and performed a maha aarti at midnight at the Wadala temple.

In Kolkata, huge rallies were organised which also saw children in attendance. They were seen chanting "Jai Shri Ram". A bike rally was also planned but was later cancelled by the Additional Commissioner of Police.

Ram Navami is celebrated on the last day of Chaitra Navaratri. While many believe that Lord Ram was born in Ayodhya on this day, many others believe that he was the 'divine incarnation' of Vishnu, he descended from his heavenly abode and made an appearance in Ayodhya as a new born baby.