This will be the first time that the presidents of India and Suriname will together participate in the International Day of Yoga. 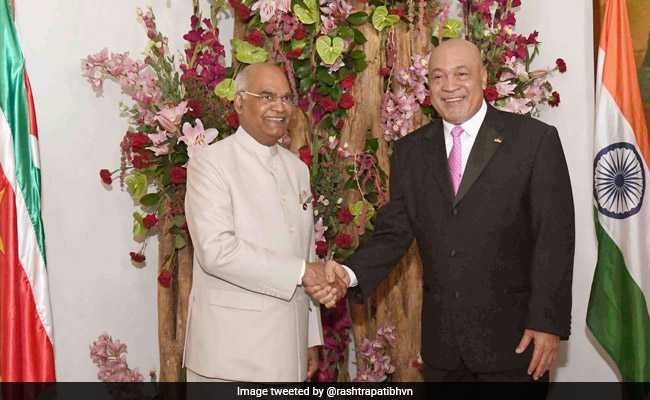 This will be the first time that heads of two countries will together participate in the International Day of Yoga.

"I look forward to participating in the Yoga Day celebrations with President Bouterse in Paramaribo, Suriname. This is the first time two heads of state will be celebrating International Yoga Day together," President Kovind tweeted today.

Extending his greetings on the occasion, the President said, "On International Yoga Day greetings to all those practicing yoga across the globe. Yoga is an ancient Indian tradition, but it doesn't belong to India alone. It is part of humanity's intangible heritage. I invite you to explore and celebrate yoga wherever you are."

Promoted
Listen to the latest songs, only on JioSaavn.com
The United Nations General Assembly in December 2014 had declared that June 21 would be observed as International Day of Yoga every year.

The President arrived in the Suriname capital Paramaribo on Wednesday, on the second leg of his three-nation tour to Greece, Suriname and Cuba.
Comments
Yoga dayInternational Yoga Day 2018Ram Nath Kovind