Raksha Bandhan 2022: Date, Timing, And Significance Of The Festival 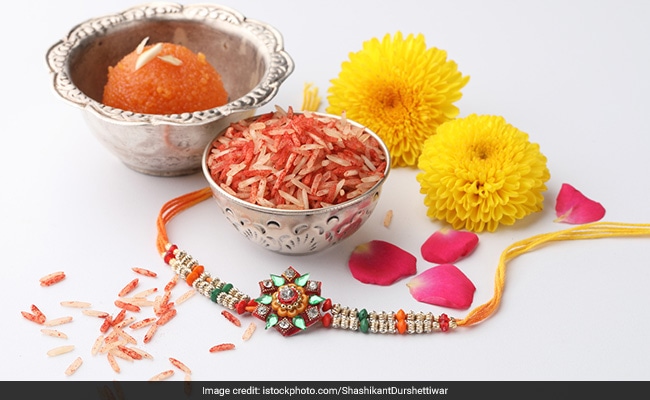 Sisters tie a Rakhi on their brother's wrist on Raksha Bandhan.

From fighting over petty issues to never leaving each other's side, siblings share a special bond. The festival of Raksha Bandhan is celebrated annually to honour this bond. On this day,sisters pray for their brothers' long life when they tie a rakhi on their wrists on this day. The brothers vow to protect their sisters for the rest of their lives in exchange.

Raksha Bandhan or Rakhi is marked on the full moon day of Purnima in the month of Shravan as per the Hindu calendar. This year, Raksha Bandhan is on August 11 and 12.

As per the Hindu mythology, the idea of celebrating Raksha Bandhan stems from an incident in the Hindu epic Mahabharata. As per belief, when Lord Krishna accidentally cut his finger, Draupadi tore a piece of cloth from a saree and tied it on Lord Krishna's wound. This is the moment that is believed to have established a sacred bond between them.

While Draupadi displayed her love for Lord Krishna by tying the cloth, Lord Krishna vowed to guard her against all difficulties. Keeping the promise, when Kauravas attempted to disrobe Draupadi and dragged her to the court pulling her hair, Lord Krishna intervened by providing immeasurable length to her saree, thus saving her dignity.

Literally translating to “safety” and “bond”, Raksha Bandhan is one of the most auspicious Hindu festivals. On this day, sisters tie a thread or Rakhi on the wrist of their brothers, signifying her faith in him. Brothers pledge to always protect their sisters, who also apply Tilak on their brother's heads and receive gifts and sweets in return.