Out Of Cabinet, Rajyavardhan Rathore May Get A Role In Rajasthan BJP

There is every possibility that Rajyavardhan Rathore may play a role in the Rajasthan unit of the BJP. 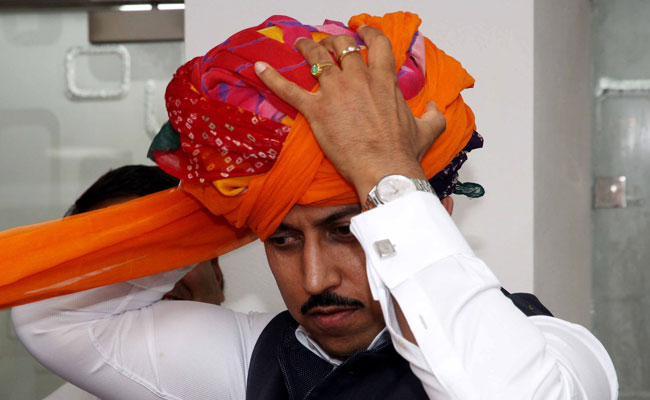 Rajyavardhan Rathore was re-elected from the Jaipur Rural seat in Rajasthan.

Rajyavardhan Rathore is among the ministers of Prime Minister Narendra Modi's previous government who were not given a place in the new cabinet. Mr Rathore, a BJP parliamentarian from Rajasthan, won a second term in the national election. The 49-year-old is one of the most prominent exclusions from the new team of ministers who were sworn in along with PM Modi on Thursday.

But there is every possibility that the silver-medal winning Olympian and retired army colonel may play a role in the Rajasthan unit of the BJP.

In the summer of 2018, the BJP was looking to change the party president in Rajasthan after its disastrous performance in the January by-election.

The party had decided to give the job to Gajendra Singh Shekhawat, who is the lawmaker from Jodhpur.

But this was not acceptable to a section of the leaders, including then chief minister Vasundhara Raje, who felt that an upper caste Rajput may alienate the other communities in Rajasthan, especially the Jats.

As a compromise candidate, Madan Lal Saini, a low-profile party worker was made the BJP president.

But now, it looks likely there may be an overhaul in the state BJP in Rajasthan.

Vasundhara Raje was not at the helm for the Lok Sabha election campaign in Rajasthan and the party may be looking at a generational change in the leadership in the state. For this, Rajyavardhan Rathore may fit the bill, especially with his appeal to youth voters and his army background.

Rathore Rathore thanked PM Modi, senior leaders Arun Jaitley and Smriti Irani, and Vice President M Vekaiah Naidu. "Every single moment spent with him was a testimony to his vision, energy and commitment to our great nation. My gratitude to PM Modi ji," Mr Rathore tweeted.

Last 5 years was a great learning curve wherein I had the privilege and honour of serving with the best, Shri @arunjaitley ji @MVenkaiahNaidu ji and @smritiirani ji, my gratitude to each one of them

Rajyavardhan Rathore took voluntary retirement from the army in 2013 and joined the BJP the same year. He was handed charge of the vital Information and Broadcasting Ministry in the previous Modi government after he won the Jaipur Rural seat. He was re-elected from the same seat in this election,defeating fellow Olympian Krishna Poonia of the Congress.