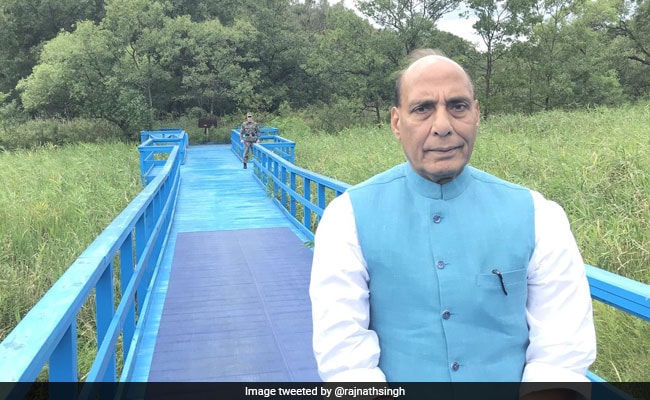 The defence minister held extensive talks with the top military brass of South Korea during his three-day visit.

Kim Jong Un met Moon Jae In in April last at Panmunjom village in a historic summit, brightening prospect of peace and stability in the Korean peninsula.

He also visited the demilitarised zone which lies between South Korea and North Korea.

"As we approach the first anniversary of the Pyongyang Declaration, it is time for us to reiterate our commitment to the path of peace," he said.

He said India always supported all efforts to bring about peace and stability on the Korean Peninsula and its denuclearisation through dialogue and diplomacy.

"Delighted to visit the Joint Security Area (JSA) at Panmunjom in South Korea. India had played a crucial role in the Korean War," he added.

Mr Singh said the summit talks between the US and North Korea as well as between North Korea and South Korea have been positive developments to bring peace in the region.