Union Defence Minister Rajnath Singh today underscored that India reserves the right to change its policy of 'No First Use', which has been the cornerstone of India's nuclear weapons policy for decades. The government firmly stands by its 'No First Use' policy but "what happens in future will depend on the circumstances," the minister said at Pokhran in Rajasthan, the site of two nuclear tests by India.

"Pokhran is the area which witnessed Atalji (former prime minister Atal Bihar Vajpayee's) firm resolve to make India a nuclear power and yet remain firmly committed to the doctrine of 'No First Use'. It is true that till now, India has strictly adhered to the 'No First Use' policy. What happens in future depends on the circumstances," Rajnath Singh told reporters in Pokhran, where he attended the closing ceremony of the army scout master competition in Pokhan.

Rajnath Singh made the comment as he paid tribute to Vajpayee on his first death anniversary at Pokhran where India held nuclear tests in 1974 (under the Indira Gandhi government) and in 1998, when the Vajpayee-led BJP was in power.

Pokhran is the area which witnessed Atal Ji's firm resolve to make India a nuclear power and yet remain firmly committed to the doctrine of 'No First Use'. India has strictly adhered to this doctrine. What happens in future depends on the circumstances.

The ruling BJP's manifesto for the 2014 elections included a promise to "revise and update India's nuclear doctrine". But while campaigning for that election, Prime Minister Narendra Modi had dismissed a question on scrapping the No First Use policy in an interview to news agency ANI. "No first use was a great initiative of Atal Bihari Vajpayee - there is no compromise on that. We are very clear. No first use is a reflection of our cultural inheritance," he had said in April 2014, on the verge of an election in which he stormed to power. 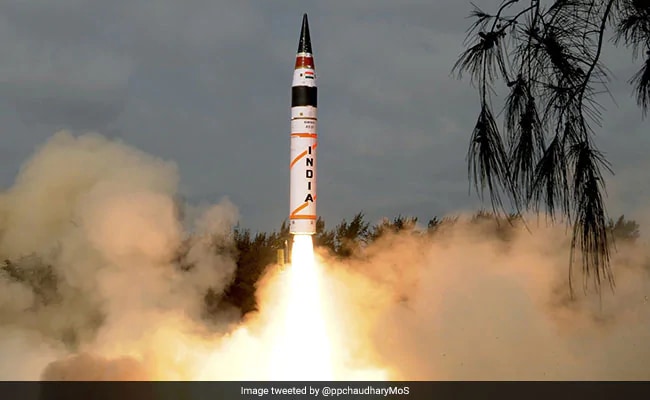 The Defence Minister's comment has been read by many as a well-timed warning amid tension with Pakistan, which has targeted India over the government's move to end special status to Jammu and Kashmir under Article 370. Especially since the Narendra Modi government, after winning a second term by a landslide, has shown it is ready to take radical decisions.

This is not the first time in the last few years that BJP leaders have said it was time to amend India's position. In November 2016, then Defence Minister Manohar Parrikar - who died last year -- had expressed reservations over India's nuclear posture. More recently, Lieutenant General BS Nagpal, the former commander-in-chief of the Strategic Forces Command, is reported to have said that the No First Use policy was a ''formula for disaster.''

Ties between India and Pakistan, strained over the past few years, have hit rockbottom since the Pulwama attack in which 40 soldiers were killed by a suicide bomber of the Pakistan-based Jaish-e-Mohammed. Days later, India sent fighter jets to Pakistan's Balakot to bomb a terror training facility, which led to a dogfight between the two nations at the Line of Control.

New Delhi has repeatedly said its decisions on Kashmir are its internal matter in which no country should interfere, Pakistan has called upon the UN Security Council to take it up.