A part of the Siachen Glacier, which has been a flashpoint between India and China, was declared open to tourist visits a few days ahead of Ladakh being declared a Union Territory, on October 31. 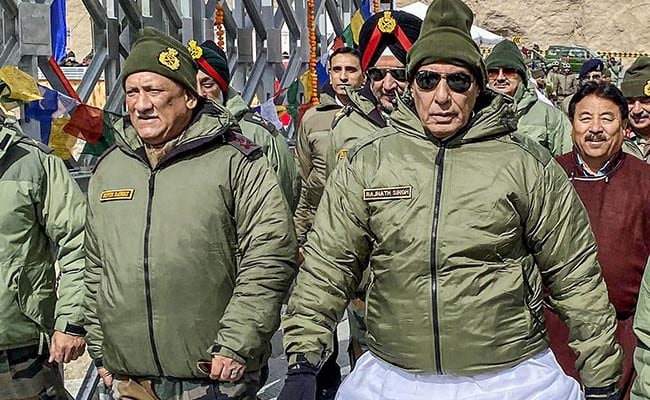 A part of the Siachen Glacier, often referred to as the world's highest battlefield, is now open for tourists to visit, Defence Minister Rajnath Singh said today. The strategically-located glacier, which has been a flashpoint between India and China, was declared open to tourist visits a few days ahead of Ladakh being declared a Union Territory, on October 31. Siachen Glacier comes under the Ladakh region, which along with Jammu and Kashmir, was declared as a Union Territory after the centre's move to scrap special status for the state.

Rajnath Singh, who is on a visit to Ladakh today, said that while there were "perceptional differences" between India and China, both the countries had not "allowed the situation to escalate". He also said Siachen "has tremendous potential in tourism".

"India shares cordial relations with China. There are perceptional differences between both the countries on boundary issue but the issue has been handled with great maturity and responsibly. Both the countries have not allowed the situation to escalate or go out of hand," Mr Singh was quoted as saying by news agency ANI.

The Indian Army had regularly carried out expeditions to the glacier in the 1970s, but had stopped in 1984, when a war broke out between India and Pakistan over the glacier.

In an earlier visit to the Siachen Glacier in June this year, Rajnath Singh had praised the "tenacious resolve and unstinting commitment" of the soldiers deployed in the region, reported news agency IANS. Today, Mr Singh said the entire area of the glacier, from Siachen base camp to Kumar post, was open for tourists.

"Ladakh has tremendous potential in tourism. Better connectivity in Ladakh would certainly bring tourists in large numbers. The Siachen area is now open for tourists and tourism. From Siachen Base Camp to Kumar Post, the entire area has been opened for tourism purposes," Rajnath Singh tweeted.

The defence minister, along with Army Chief Bipin Rawat inaugurated a strategically located bridge across the Shyok River which will provide easy connectivity with the Daulat Beg Oldi sector along the Line of Actual Control (LAC) with China on his visit today, reported IANS.