While major opposition parties are against the bills, the government has been maintaining that the proposed legislations will help small and marginal farmers secure competitive prices for their produce. 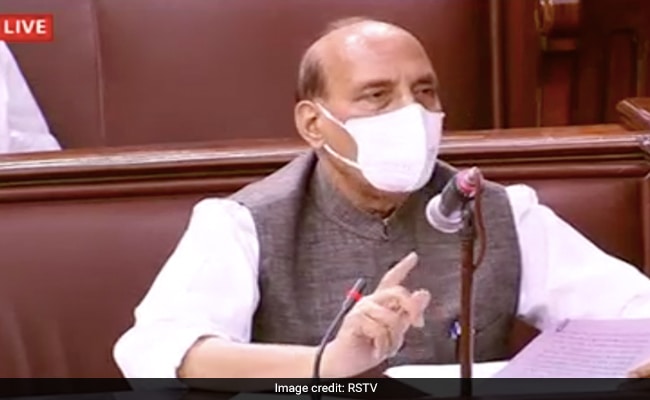 While major opposition parties are against the bills, the government has been maintaining that the proposed legislations will help small and marginal farmers secure competitive prices for their produce.

"With the passing of two landmark agriculture Bills in Rajya Sabha today, India has cemented the strong foundation for 'Atmanirbhar Agriculture''," the defence minister tweeted.

"This is the result of endless dedication and determination of the Govt under the leadership of PM Shri @narendramodi," he added.

"After the passage of these two legislators in Parliament, a new history of growth and development in the agricultural sector will be written," he said.

He said the bills will not only strengthen India's food security, but will also prove to be a major effective step towards doubling the income of farmers.

The two bills -- Farmer's Produce Trade and Commerce (Promotion and Facilitation) Bill, 2020, and the Farmers (Empowerment and Protection) Agreement of Price Assurance and Farm Services Bill, 2020 -- were passed by Lok Sabha on Thursday.

The first bill seeks to provide freedom to farmers to sell their produce anywhere in the country.

The second bill is aimed at setting up of a framework under which farmers will be able to engage with agri-business firms, wholesalers, exporters or large retailers for farm services.