Rajnath Singh said we are moving towards citizen-centric reforms with scientific knowledge and technology and it is an important initiative. 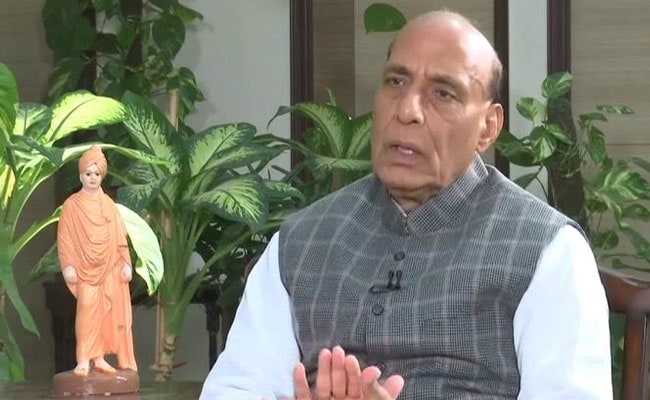 Rajnath Singh said this application is starting from today in the context of public grievances.

With the launch of an artificial intelligence (AI) based grievance analysis application called CPGRAMS, Defence Minister Rajnath Singh on Thursday said the country is moving towards citizen-centric reforms with scientific knowledge and technology.

Speaking during the launch, Mr Singh said, "We are moving towards citizen-centric reforms with scientific knowledge and technology. It is an important initiative. I extend my heartiest congratulations and best wishes to all associated with this project."

"The world is progressing in the field of science and technology. AI is being used in every field. The Defence Ministry has been at the forefront. We are starting this application today in the context of public grievances," he added.

Lauding the efforts of the Defence Research and Development Organisation (DRDO), Mr Singh said, "We have been working on AI for a long time and under the Ministry of Defence, DRDO has done a lot of work. The organization has developed robots for military use, applications like 'NETRA', equipment like 'Atman AI' to detect Covid from chest X-ray and many other things."

CPGRAMS is the platform based on web technology which primarily aims to enable submission of grievances by the aggrieved citizens from anywhere and anytime (24x7) basis to Ministries/Departments/Organisations who scrutinize and take action for speedy and favorable redress of these grievances.