Rajnath Singh became first Defence Minister to fly on the made-in-India fighter jet Tejas. "I am thrilled," he said, after the sortie. 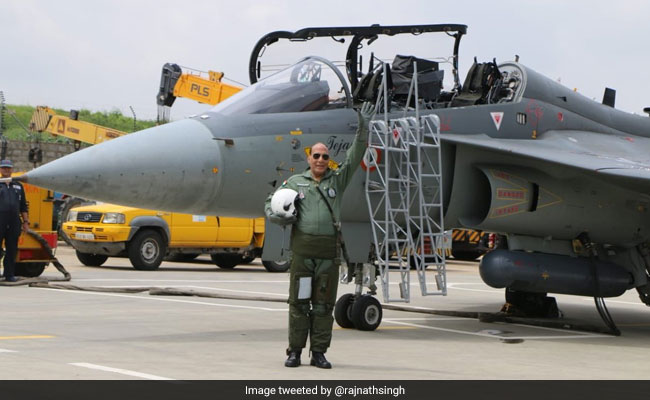 Tejas Light Combat Aircraft has been manufactured and designed in India.

Defence Minister Rajnath Singh flew on the made-in-India fighter jet Tejas today for 30 minutes. Thrilled by the experience, the minister said that he is proud of the scientists and organisations of the country who worked on developing the Tejas aircraft. "We have reached a position in which we can not only export fighter aircraft but also other defence equipment to other countries," the minister said after the sortie. Earlier in February, ace shuttler PV Sindhu and Army chief General Bipin Rawat flew in the indigenous Light Combat Aircraft Tejas during the Aero India 2019 air show in Bengaluru.