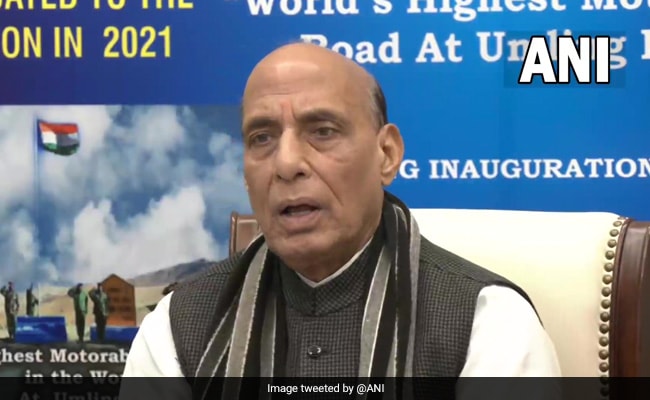 Rajnath Singh made the statement in Modi Nagar, an assembly segment with sizeable population of Jats

Rajnath Singh made the statement in Modi Nagar, an Assembly segment with sizeable population of Jats, a day after Union Home Minister Amit Shah reached out to the community ahead of the Uttar Pradesh Assembly polls.

Amit Shah's outreach is being seen as an attempt to win over the community, members of which had taken part in year-long protests against the central farm laws.

The defence minister said since the beginning of his political career, the former prime minister has been his "idol".

His party declared the death anniversary of the former prime minister as Kisan Divas when he was the chief minister of Uttar Pradesh, Mr Singh said.

The Jat community cannot remain annoyed with the BJP, he added.

Replying to a question on Swami Prasad Maurya, who quit the BJP recently and joined the Samajwadi Party, Rajnath Singh said his party is not bothered about it. He also claimed that law and order improved in the state under the Yogi Adityanath-led government.

Before addressing the gathering, he offered prayers at the Mahamaya temple in Sinkri Kala village of the constituency.

He also visited the tree, about which it is believed that people were hanged there during the British rule.