Rajiv Mehrishi is the first Home Secretary to complete his two-year tenure after the NDA government came to power. 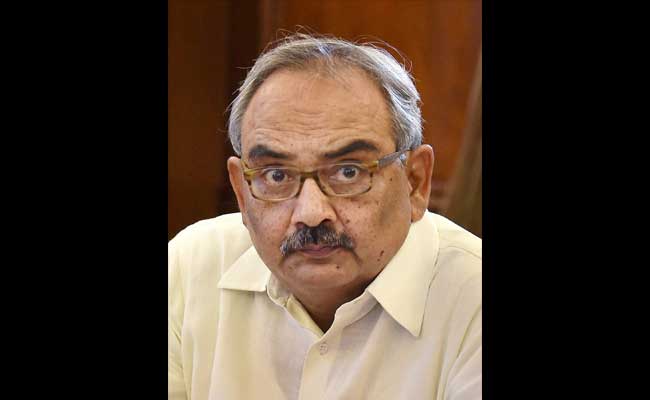 Mr Mehrishi's appointment to the audit body was announced within hours of his retirement from the Home Ministry. Mr Mehrishi is the first Home Secretary to complete his two-year tenure after the NDA government came to power.

His predecessors Anil Goswami and LC Goyal had their term cut short; both resigned on a suggestion from the government. Mr Goswami was asked to go for allegedly interfering in a CBI probe on behalf of a Congress leader.

Mr Mehrishi was earlier speculated to be in the reckoning for a gubernatorial post after his retirement, something that he had brushed aside. "As far as I am concerned, I am going to Jaipur... I want to spend time with my parents now," the 62-year-old bureaucrat told NDTV yesterday.

Like Sunil Arora who was also appointed Election Commissioner today, Mr Mehrishi is an Indian Administrative Service, or IAS officer from the Rajasthan cadre. He was the Chief Secretary of Rajasthan in 2014 when PM Modi's team hand-picked him.

He joined the finance ministry as economic affairs secretary in October 2014 and was appointed as Home Secretary just a day before he was retire. A home secretary is appointed on a two-year tenure.

Promoted
Listen to the latest songs, only on JioSaavn.com
Earlier in the day, the government had appointed three senior officials from the Indian Audit and Accounts Service as his new deputies. Ashwini Attri, Anita Pattanayak and Ranjan Kumar Ghose were appointed in the rank of a secretary as Deputy CAG, an order issued by the Department of Personnel and Training (DoPT) said.