A statue of former Prime Minister Rajiv Gandhi, situated at a park in Mirzapur's Awas Vikas colony was found damaged on Sunday angering the Congress which said it will hold a statewide agitation today to protest it. 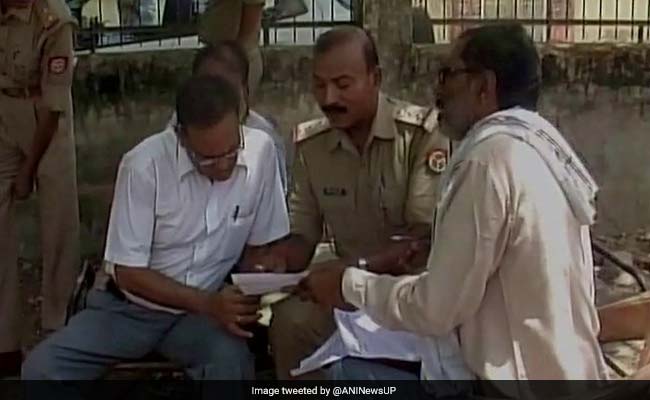 UP locals found the damaged statue of rajiv Gandhi and informed the police.

Mirzapur/Lucknow: A statue of former Prime Minister Rajiv Gandhi, situated at a park in Mirzapur's Awas Vikas colony was found damaged on Sunday angering the Congress which said it will hold a statewide agitation today to protest it.

The locals found the damaged statue and informed the police, following which an FIR was lodged against unidentified persons, Mirzapur Superintendent of Police Ashish Tiwari said.

Uttar Pradesh Congress chief Raj Babbar said, "The act of damaging the statue of Rajiv Gandhi is shameful. The Congress condemns it and demands arrest of those guilty in the incident at the earliest."

A portion of the damaged statue was recovered from a nearby drain, he told reporters in Lucknow.

"The Congress will hold statewide agitation tomorrow to register its protest and party workers will court arrest," Mr Babbar said on Sunday, adding that he will also take part in the protests.

Hitting out at the BJP government in the state, he said, "Ever since Yogi Adityanath assumed office, the confidence of anti-social elements is at an all-time high, especially in the eastern parts of the state."

"The hangover of the assembly election win is still there. All this is done as a part of conspiracy," the state Congress chief claimed.

A delegation of Congress leaders also met the district magistrate in Mirzapur and demanded immediate arrest of those involved in it and invocation of National Security Act (NSA) against them.

Former Congress MLA Laliteshpati Tripathi said Babbar will arrive in Mirzapur today and the party would decide the future course of its action after a meeting with him.
Comments
Rajiv Gandhi's StatueRajiv Gandhi's statue damagedYogi Adityanath