How Mumbai's Dharavai Slum Was Recreated For Rajinikanth's 'Kaala', 25 Km From Chennai

A walk through the sets, yet to be dismantled, shows hundreds of cramped houses and shops meticulously erected on the Chennai-Bangalore Highway.

Chennai: Set in Mumbai's Dharavi slum, superstar Rajinikanth-starrer 'Kaala' was, in fact, shot at a 12 acres campus a few kilometres outside of Chennai, Tamil Nadu. The film set cost a whopping Rs 20 crore, according to insiders. It took three months of research and another three month of hard work by over a thousand people to recreate what is Asia's second largest, and the world's third largest slum.

A walk through the sets, yet to be dismantled, shows hundreds of cramped houses and shops meticulously erected 25 km from Tamil Nadu's capital on the Chennai-Bangalore Highway. Landmark lanes and locations like the Rettaimalai Srinivasan Chowk, Dhobi Ghat, the 90 foot road, a school and a temple were built close to reality. The settlement was peopled with more than five hundred as the film Kaala was shot.

Speaking to NDTV, Rajinikanth said, "The Dharavi setting in Chennai gave me a unique experience. It's very difficult to explain. I felt as if I was in Dharavi while filming."

Director Pa. Ranjith said the sets have done justice to the film. "Showing a set as a set is one thing and transforming it into a real thing with visual impact is another thing. I think cinematography can overcome it. At the same time, creating a set as if it's not a set is a key work in art direction," he said. 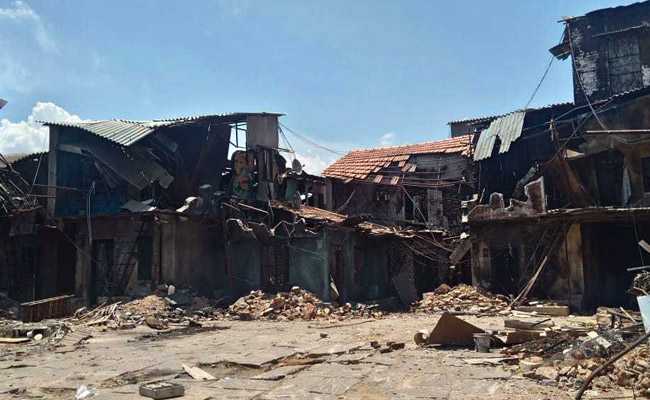 Director Pa. Ranjith said the sets have done justice to the 'Kaala'

Fans who have seen the trailer say the Dharavi set exceeds expectations. The man behind it, Art Director Ramalingam said, "I feel Kaala would be talked about for its sets. We've given it such importance and put hard work into it. We could not have filmed in Dharavi, as people would have thronged to the shooting location to see Rajinikanth".

The filmmakers would certainly expect the hard work that has gone into making the unique sets, to pay rich dividends. The film is about Kaala Karikaalan's journey and how he helps the slum dwellers of Dharavi in their fight against a corrupt and selfish politician, who wants to uproot the residents to make space for a luxury project.
Comments
RajinikanthKaalaDharavi Slums