Robert Vadra, His Mother Asked By Court To Appear Before Probe Agency

A Jodphur bench of the high court gave the direction after vacating its earlier order that prevented the agency from taking any coercive action against Robert Vadra and others. 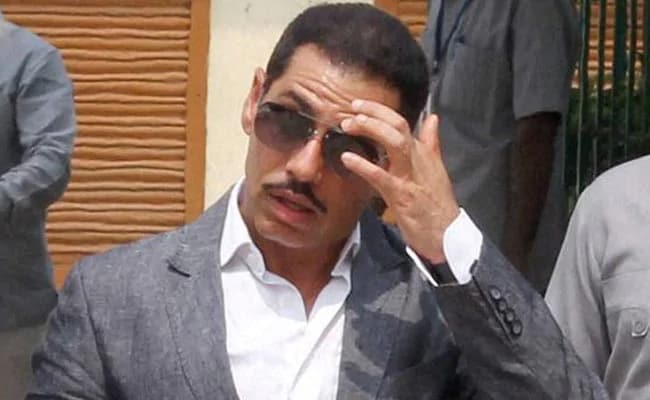 ED may have to move court separately for seeking Robert Vadra's arrest. (File)

The Rajasthan High Court on Monday asked Robert Vadra and his partners in Skyline Hospitality Limited, including his mother Maureen Vadra to appear before the Enforcement Directorate on February 12 to respond to allegations of money laundering by the firm.

A Jodphur bench of the high court gave the direction after vacating its earlier order that prevented the agency from taking any coercive action against Robert Vadra and others.

A bench of Justice PS Bhati, while asking Robet Vadra and others to appear before the agency, however, refused to vacate the stay on their arrest and denied liberty to the ED to take them in custody.

Justice Bhati clarified that if the need arises, the ED will have to move the court separately to seek permission for arresting them.

Appearing for the ED, Additional Solicitor General Rajdeep Rastogi told the bench that the agency has initiated an inquiry against the owners and partners of Skylight Hospitality Limited on a complaint of money laundering against the company.

"The company moved the court against this inquiry and obtained an order that no coercive action would be taken against them during investigation," said Mr Rastogi.

The ED then moved the court seeking vacation of this order on the ground that there was neither any FIR lodged in the matter nor there was any accused named.

"It is just a fact-finding inquiry which is at an initial stage, so the court should not intervene in the matter at this stage," Mr Rastogi argued in the court.

Admitting the additional solicitor general's arguments, the court removed the "No Coercive Action" clause from its earlier order.

On the basis of a mutual consent of the lawyers from both sides, the bench also ordered firm''s owner and partners, including Mr Vadra and his mother to appear before the ED and cooperate with it in the inquiry.

The court, however, refused to vacate other part of the order, which had stayed their arrest. It asked the ED to obtain a separate order if the firm''s owners and partners are required to be arrested after the initial inquiry.

The ED had earlier received a complaint alleging involvement of Vadra in purchase of the 275 bighas of land in Bikaner's Kolayat.

The complaint alleged that the land had been purchased in the name of the driver of the mediator Mahesh Nagre using a cheque given by Robert Vadra.

Explaining about the allegations of money laundering in the deal, Rastogi told PTI that an ECIR (Enforcement Case Information Report) against the Skylight Hospitality Limited had been registered by the ED.

The primary evidence in the case prima facie indicated that the Skylight Hospitality Limited was involved in money laundering.

ED had subsequently issued summonses to Robert Vadra and firm's partner partner Maureen third time in November last year but none of them appeared before the ED and instead moved the high court seeking "No Coercive Action" order and stay on arrest.