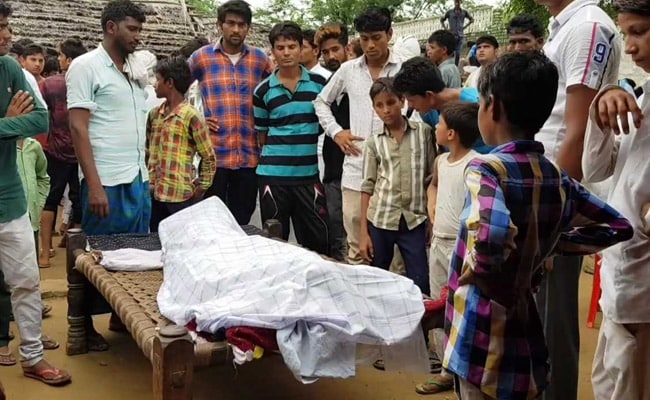 Days after a man was allegedly beaten to death by cow vigilantes in Alwar, a BJP legislator has accused people from the victim's Meo community of being involved in crime in the district and said he had already banned them from his office.

"The killing of Akbar Khan has shocked the nation and it should be probed fairly," Alwar (Urban) lawmaker Banwari Lal Singhal told PTI.

"The law will take its course. But at the same time it is also a fact that people from the Meo community are involved in crime and entire Alwar is suffering, and people should know about this," he added.

He alleged that the crimes included robberies.

"Many of them come to Alwar from Haryana and return to their villages after committing the crime," he claimed.

He said he has stopped people from Mewat - a Muslim dominated region that straddles Haryana and Rajasthan - from entering his office as most of them came only to seek favours for their relatives involved in crime.

But a local Meo leader today complained in a note submitted with the district authorities that the community was not safe in Rajasthan.

"Rajasthan has become Lynchistan where so-called cow vigilantes lynched Akbar Khan. The cow vigilantes are without any fear and five people have so far lost their lives in Alwar," Sher Mohammad, head of the Alwar Meo panchayat, alleged in the memo addressed to Chief Minister Vasundhara Raje.

He also alleged that Ramgarh legislator Gyan Dev Ahuja has been "openly saying" that those who beat up Rakbar Khan, also known as Akbar Khan, were his own men, a charge denied by the BJP MLA.

The police said Sher Mohammed is "history-sheeter" at a police station in Alwar district. But the Meo leader suggested that these were false cases.

"When the police do not find a culprit, they frame a Meo person and I am fighting for such people," he said.

Rakbar Khan was beaten up on Friday night by a group of people who suspected him of smuggling cows.

An assistant sub inspector of police was suspended and three constables sent to the police lines after reports that they had delayed taking him to hospital.

The Meo leader said Naval Kishore Sharma, who informed the police about the  incident, was the main culprit. He also demanded that the role of Gyan Dev Ahuja should also be probed.

The Meo panchayat also demanded a government job for Rakbar Khan's widow and a compensation of Rs. 50 lakh.

Aslam Khan, who escaped from the mob attack, had told police that the vigilantes had boasted of backing from an MLA when they attacked his friend Rakbar Khan.

"They were telling him that the 'MLA sahab' is with them and nobody can do anything against them," according to Aslam Khan's statement to the police.

He also told police that the attackers were also talking about setting Rakbar Khan on fire.

Aslam Khan heard the names of five people involved in the attack. There were two others in the group, but he was not aware of their names, he told police.

The police have arrested three of them so far.

Though Sher Mohammed has alleged that the "MLA saheb" mentioned in Aslam Khan's statement is Ahuja, no one has been named by the victim's friend.

Ahuja said the police got the 'MLA saheb' reference recorded deliberately to target him because he keeps raising his voice against their failure to stop crime.

He held the local police responsible for Rakbar Khan's death, saying the group of people who caught the man had handed him over them. But police delayed taking him to hospital, he said.