Raj Kundra Case: Police told the court they had seized a massive cache - around 4 TB worth - of images and videos, which are mostly of adult content, from Mr Kundra, who is actor Shilpa Shetty's husband 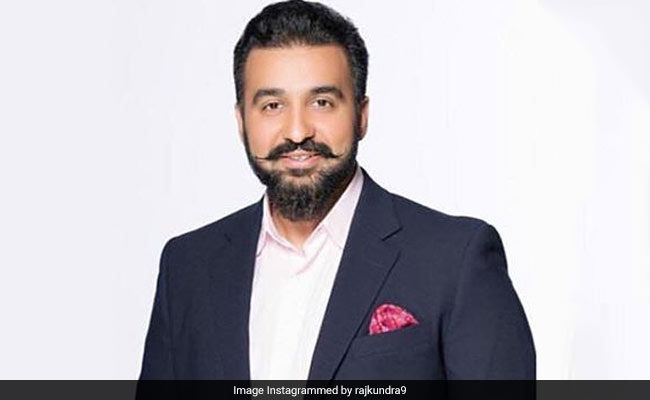 Pornography Case: Raj Kundra and his aide, Ryan Thorpe, have been sent to police custody

Mumbai businessman Raj Kundra and his aide, Ryan Thorpe, have been sent to police custody till July 27, after they were arrested in a case of pornographic content shown through a mobile app.

Police told the court they had seized a massive cache - around 48 TB worth - of images and videos, which are mostly of adult content, from Mr Kundra, who is actor Shilpa Shetty's husband.

51 clips, including 35 from 'Hotshots' - the app through which the content was streamed - were found on a laptop, and police are checking if all these clips were uploaded to the internet.

The court was also told some data had been deleted from other computers a day after Mr Kundra was arrested, and that it would take a day to recover this. They have also asked for permission to investigate four e-mail accounts set up by Mr Thorpe for the 'Hotshots' app.

Police also said Mr Kundra was working on a "plan B" after Google and Apple disabled 'Hotshots' from their digital stores for streaming pornographic content. They said he was creating a new platform - Bolifem - that would, eventually, again be listed on the Android and iOS stores.

In addition, police said they also had a record of transactions - from an account in Yes Bank registered to Mr Kundra to one in the United Bank of Africa. They suspect money from sale of alleged pornographic content was used for online betting. Rs 7.5 crore has been seized so far.

Mr Kundra's lawyer, Abad Ponda, argued against police custody, pointing out his client could still be called to co-operate with the investigation as needed. He also repeated a point from a hearing earlier in the week - this content cannot come under Section 67 of the IT Act - for which bail is not allowed - as similar material is available on OTT platforms like Netflix and Amazon Prime.

It can be covered only under Section 292 of the Indian Penal Code - which deals with "lascivious" material, he said, adding "no further custody is needed".

In an earlier hearing, he told the court "police custody should be an exception and not a norm" and that arrests should only be made when an inquiry cannot proceed without the accused in custody.

Mr Kundra was arrested on Monday after his former assistant, Umesh Kamat, named him. Mr Thorpe was arrested the following day. A total of 11 people have been arrested so far.

The police say Raj Kundra, 45, is a "key conspirator" in the case, and that they had sufficient evidence against him; this includes pornographic clips and emails found in his office.