Train 18 On Right Track, Glitches During Trial-Runs Are Routine: Railways

After finishing the trials in the Chennai, Train 18 left for Delhi on November 11 and reached the capital two days later. 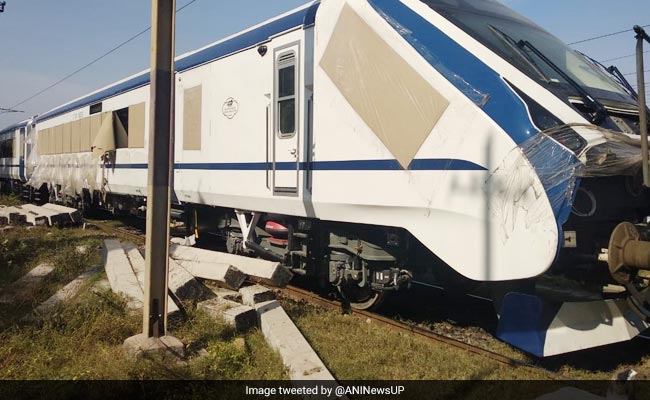 The 16-coach train, built in 18 months, is regarded as a successor to Shatabdi Express.

The railways today sought to downplay reports that the newly launched first locomotive-less train in the country - 'Train 18' - had developed glitches, saying they were minor and such issues were a routine occurrence during the trial phase of any train.

A senior official in the railways said such glitches were routine during trial-runs and that the Rs. 100-crore train, developed by the Integral Coach Factory in Chennai, had no major issues.

"Some fuses went off while conducting the low-speed run in the city. They were fixed immediately. There was nothing to worry about," the official told PTI, reacting to reports in a section of media that the train was hit by glitches.

The swanky 16-coach train, built in 18 months, is regarded as a successor to the prestigious 30-year-old Shatabdi Express.

After finishing the trials in the city, Train 18 left for Delhi on November 11 and reached the capital two days later.

"After the test-run, the Train 18 was hauled by a locomotive to take it to Delhi as it should not run on its own until the Commission of Railway Safety certifies it," the official said.

The fully air-conditioned train, driven by a self-propulsion module, can run at a speed of up to 160 kmph and comes with technical features for enhanced quick acceleration.