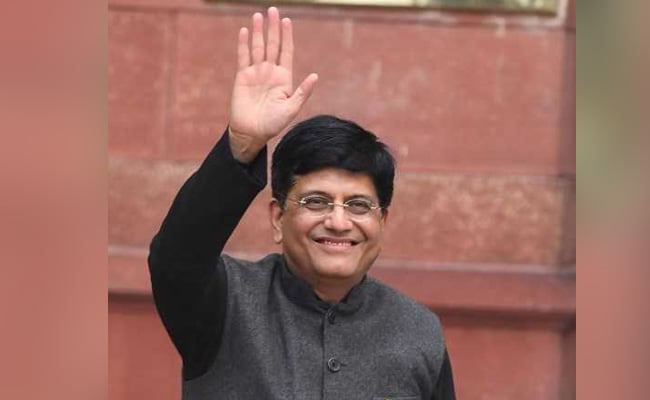 Railway Minister Piyush Goyal said on Friday that the Statue of Unity, the world's tallest statue at Kevadiya in Gujarat, would create an "economic ecosystem" worth Rs one lakh crore in coming years. Prime Minister Narendra Modi inaugurated the gigantic statue of Vallabhbhai Patel, the country's first home minister, on October 31, 2018.

"I see the Statue of Unity creating an economic ecosystem around it worth at least Rs one lakh crore in the years to come," the railway minister told reporters.

Mr Goyal, who took a stock of the construction of a new railway station at Kevadiya and laying of a new line connecting the town with Vadodara, announced that high-speed shuttle trains will operate between the two stations.

"Laying of tracks has already begun at some spots. Work would start on other stretches by March....Once it is connected with the mainline (at Vadodara), tourists from across the country would be able to come Kevadiya," he said.

"We are planning to implement "hub and spokes" model. People arriving at the mainline (Vadodara) would be ferried to Kevadiya using fast trains on the sub-line, so that people can reach here in very little time. We would run such shuttle services throughout the day," the railway minister said.

He expressed confidence that land acquisition for Kevadiya-Vadodara railway line would be completed by March.