Facilities like wi-fi and calling the attendant by pressing a button will also be provided. 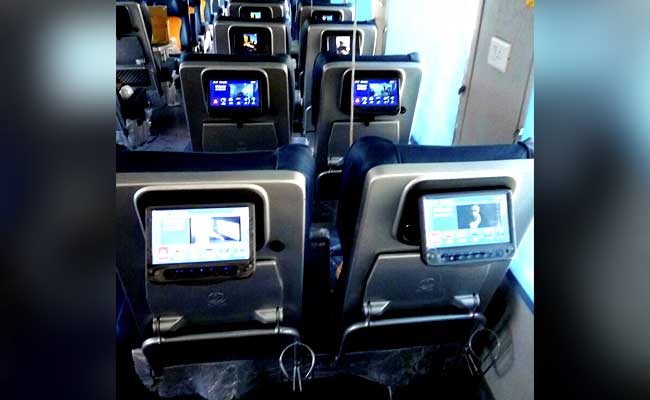 Tejas express will run on Mumbai-Goa, Delhi-Chandigarh and Surat to Mumbai sections.

Kapurthala: Passengers on the Mumbai-Goa route will soon enjoy comfortable and jerk-free rides at 160 kmph with the Rail Coach Factory (RCF) today rolling out the first rake of 19 coaches of the Tejas Express.

"Initially, the rakes were allotted to the Northern Railway for its run on the Delhi-Chandigarh section, but later given to the Central Railway for the Mumbai-Goa route," RCF General Manager (GM) R P Nibaria said.

The newly designed coaches are capable of running at 200 kmph. However, as the tracks cannot endure such high speed, it will be restricted to 160 kmph, the official said.

Mr Nibaria told PTI that he expects the Tejas Express to start operations by the end of this month.

"The final decision will be taken by the Railway Board," the official said, adding the first rake comprising 19 coaches, including sixteen non-executive, two executive chair-cars and a power coach, will reach the Central Railway in a few days.

The GM said, "This is for the first time in the Indian Railways that automatic entrance doors are being introduced.

These will provide better sound and heat insulation."

The luxury chair-cars have LCD screens and personalised infotainment systems, and the new coaches are fitted with improved couplers that will make the journey jerk-free and comfortable at high speed, the official said

Facilities like wi-fi and calling the attendant by pressing a button will also be provided, Mr Nibaria said, adding Tejas coaches will have improved lavatory and bio-toilets.

The GM said the cost of each coach is Rs 3.25 crore. The next two rakes of these high-speed coaches will be rolled out by March next year, Mr Nibaria added.