Sardar Patel Inspires Us To Fight For Rights of Farmers: Priyanka Gandhi 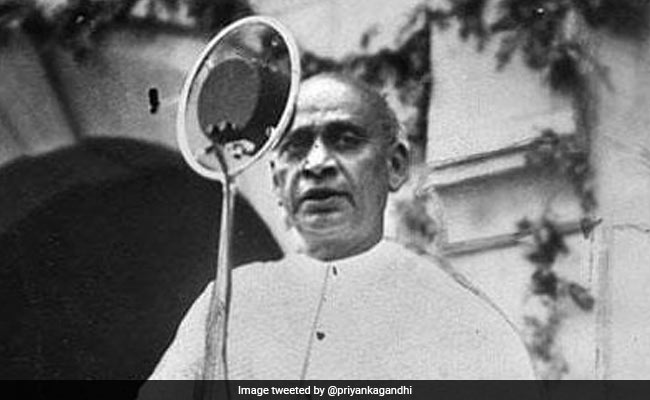 On the occasion of National Unity Day, which is celebrated to mark the birth anniversary of Sardar Vallabhbhai Patel, Congress leaders Rahul Gandhi and Priyanka Gandhi Vadra took to Twitter to remember the first Deputy Prime Minister of independent India.

On the 146th birth anniversary of India's first Deputy Prime Minister, Priyanka Gandhi Vadra while remembering Sardar Patel talked about his fight for the farmers in 1928 Bardoli Satyagraha.

"His struggle inspires us to stand like a rock in the fight for justice against the oppression of farmers and their rights," she added.

"Today when all the pillars of our democracy are being weakened, we have to remember the contribution of Sardar Vallabhbhai Patel. He is one of the important voices amongst the Congress leaders who built these pillars of democracy," said Rahul Gandhi in a tweet.

Delhi Chief Minister Arvind Kejriwal also paid his tribute to Sardar Vallabhbhai Patel and tweeted, "On the birth anniversary of Iron man Sardar Vallabhbhai Patel I pay my tributes to the man who tied the nation in the one thread of unity. The efficient leadership and ability of Sardar Patel will continue to inspire all of us in the making a united India."

National Unity Day is celebrated in India on October 31. It was introduced by the Central government in 2014. The day is celebrated to mark the birth anniversary of Sardar Vallabhai Patel who had a major role in the political integration of India.