Rahul Gandhi shared a short video of the launch of Gold Monetisation Scheme in 2015 where PM Modi had referred to Mehul Choksi as "Mehul bhai". 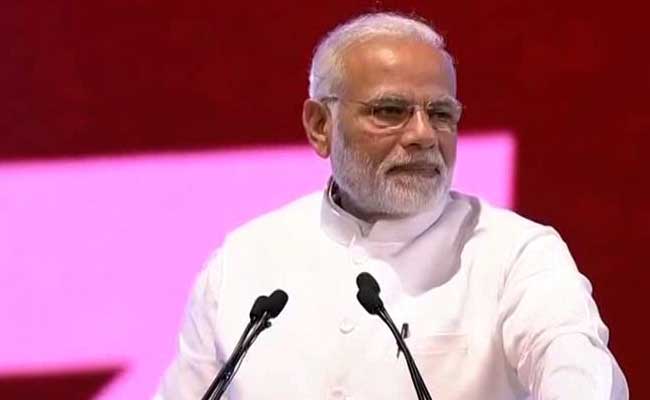 A damage-control exercise in Antigua over fugitive businessman Mehul Choksi's citizenship has sparked off a fresh row between the Congress and the BJP in India, with the Congress pointing to Antigua's assertion that the Indian agencies had given him a clean chit to hit out at the ruling BJP-led government.

Congress president Rahul Gandhi, who has often accused the centre of letting Mehul Choksi and his nephew Nirav Modi flee the country, also waded in later, with a short video of the launch of Gold Monetisation Scheme in 2015 where PM Modi had referred to Mehul Choksi as "Mehul bhai".

In return fire, the BJP asked the Congress to explain the reported statement by Mehul Choksi's lawyer that the diamond jeweller had links with "big leaders" of the India's opposition party. BJP spokesperson Anil Baluni said the fact is that Mehul Choksi's assets saw a dramatic rise during 2012-14 when the Congress-led UPA was in power.

Here’s a little video of Mr 56 with Mehul “Bhai” pic.twitter.com/tt8K5XzBH4

The back and forth between the two big political parties was triggered by a clarification put out by Antigua's Citizenship by Investment Unit, or CIU, that has been facing criticism back home for allowing a fugitive to buy the citizenship of Antigua and Barbuda.

In its explanation, the CIU said it had sought and received clearance from the Mumbai passport office certifying that there was no adverse information against the jeweller. It also transpired that two investigations had been initiated by the securities market regulator SEBI but had been closed later.

But this background check was carried out well before Mehul Choksi, who ran a chain of jewellery showrooms Gitanjali Gems, became a wanted man in India. He had applied for Antigua's citizenship in May 2017.

Choksi bought Antigua citizenship as part of a Citizenship by Investment policy for which he may have paid around Rs. 1.3 crore. He left India in the first week of January and took an oath of allegiance as a citizen of Antigua on January 15.

Days later, on January 29, the CBI filed a case and started investigating Choksi and Nirav Modi.
In this, Mehul Choksi and his nephew Nirav Modi, both jewellers, are accused of pulling off a Rs. 13,500 crore fraud that involved fake guarantees in the name of India's second largest government bank PNB, or Punjab National Bank, to facilitate overseas loans.

The Congress, however, says the statement by the Antigua government had uncovered new facts that demonstrate the "the active connivance and complicity of every agency of Modi Govt."

He also questioned why Prime Minister Narendra Modi did not raise the issue when he met his Antiguan counterpart Gaston Browne in April 2018.