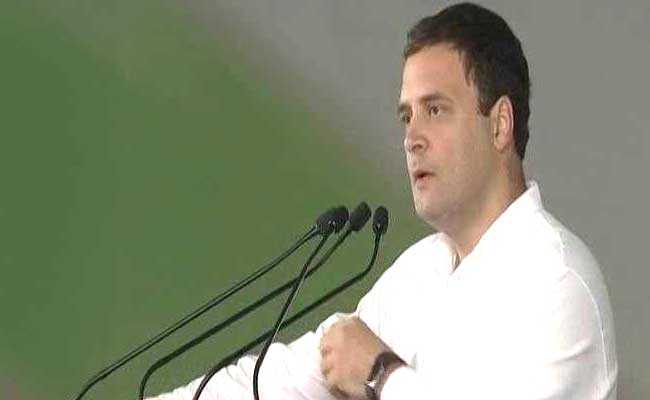 Mr Gandhi, at the national-level rally at the Ramlila Ground, attacked the BJP government ruling at the centre over the unfulfilled poll promises. Sonia Gandhi and former Prime Minister Manmohan Singh also spoke at the event.

"Four years ago, people believed you. Now, they see through your lies. Your silence is also an answer which the nation has heard and rejected. But this anger has now been channelized," the Congress said in an article on its website ahead of the rally.

Here are the lupdates of Rahul Gandhi's "Jan Aakrosh Rally" 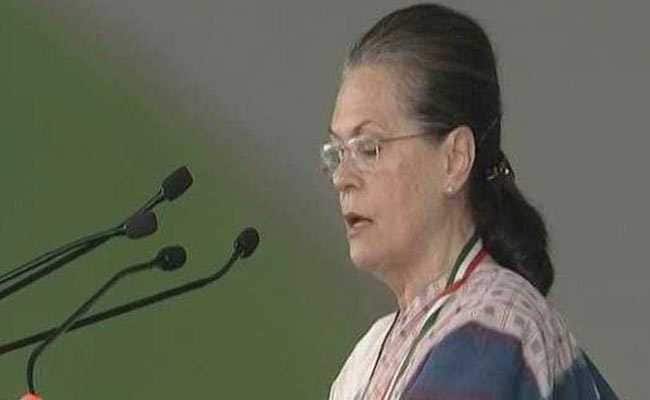 At the Jan Akrosh Rally, Sonia Gandhi said, "PM Modi has duped farmers of the country".
Apr 29, 2018 11:45 (IST)
Congress on its official Twitter handle said PM Modi "betrayed the people of the country".

The nation is angry and hurting, PM Modi. With the loot, unprecedented harassment and hatred that your tenure has unleashed, you have betrayed the trust of the people. Remember- "janata maaf nahin karegi". #JanAakroshRallypic.twitter.com/M2AbBaK0Bc

Apr 29, 2018 11:43 (IST)
With Congress workers from across the country on the ground, the leaders from the grand old party are also tweeting actively ahead of Rahul Gandhi's address.

On the way to attend Jan Aakrosh rally with MPs from AICC Headquarters. pic.twitter.com/VUQaHFcnDs

At the Jan Akrosh Rally thousands still outside the gates awaiting to get in. pic.twitter.com/K2G8oyZcUm

Apr 29, 2018 11:18 (IST)
Congress party workers from all across the nation are participating in the Jan Akrosh rally. 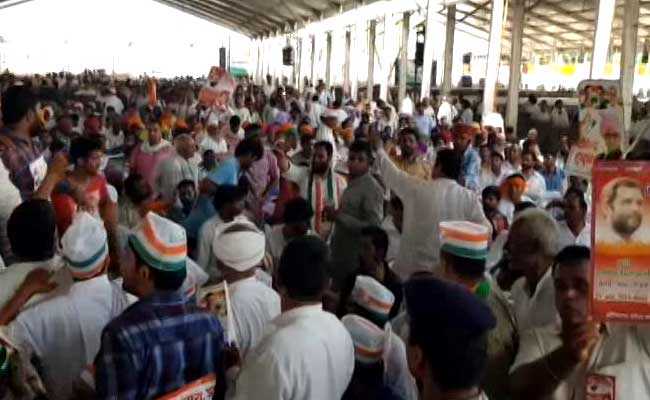 Sea of crowd of #JanAkroshRallypic.twitter.com/KXmCokPSr7

Apr 29, 2018 10:35 (IST)
In a tweet, Congress attacked the ruling BJP government and said "every section of the society is suffering".

The Modi Govt's tenure has so far been a disturbing saga of violence, betrayal and failures on every front. Every section of the society is suffering and is angry. The nation stands united today to voice its anger against this insensitive regime. #JanAakroshRallypic.twitter.com/tyShxhSTW0

Apr 29, 2018 10:32 (IST)
BJP National President Amit Shah took a jibe at the Congress over the Jan Akrosh Rally in a series of the tweets. He slammed the Congress chief over 'dynastic politics' in the grand old party.  "A dynasty and their courtiers, who were sent out of state after state by 'Jan Aadesh' now pretend to represent 'Jan Akrosh.' Today's Congress rally is nothing but a 'Parivar Akrosh Rally' which highlights their increasing irrelevance," he tweeted.

During today's 'Parivar Akrosh Rally' you will see abject India-hatred on display. After all, the Congress cannot digest that 125 crore Indians have seen through their anti-development and highly divisive politics. Congress' efforts to create divisions are fully exposed!

If the Congress wants to see 'Jan Akrosh' they should see the results of election after election, where their Party has been comprehensively defeated across the length and breadth of India. People are not tolerating Congress' lies, empty promises, corruption and communalism.

I also hope the Congress President apologizes to the nation for the Party's efforts to trample over every possible institution in the country just because of their power hungry nature. The country is tired of these negative and arm twisting tactics of the Congress.