To hold Rahul Gandhi responsible for an act which he was not even aware of at the time it happened was ridiculous, Amarinder Singh said. 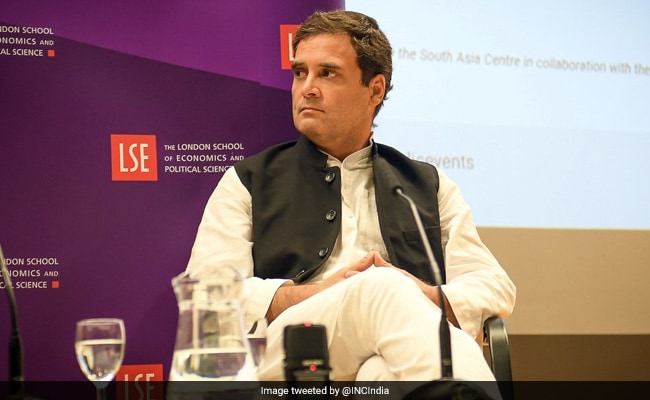 To blame Rahul Gandhi for the 1984 riots was absurd, Amarinder Singh said in a statement in Chandigarh

Punjab Chief Minister Amarinder Singh todaylashed out at Akali President Sukhbir Singh Badal for what he said was the unwarranted and uncalled for attack on Congress chief Rahul Gandhi on the issue of the 1984 riots.

Castigating the Shiromani Akali Dal (SAD) President for his statement that Rahul Gandhi was a ''partner'' in the crime, the Chief Minister said Mr Gandhi was in school at the time of Operation Bluestar.

To blame him for anything was absurd, Amarinder Singh said in a statement in Chandigarh.

To hold Rahul Gandhi responsible for an act which he was not even aware of at the time it happened was ridiculous, the chief minister said.

The Congress, as a party, was never involved in the riots that continue to haunt the Sikh community, he said.

He said if any individual was involved, he or she would be dealt with as per the law.

"To blame the entire party for the acts of a few was preposterous and typical of the political immaturity of Sukhbir Singh," Amarinder Singh said.

Amarinder Singh said Rahul Gandhi's latest comments need to be seen in context with his earlier statements on the 1984 riots, wherein he himself had named some Congressmen.

The Chief Minister said Rahul Gandhi had condemned all violence, including the 1984 riots, and called for strict punishment to the guilty.

"It is unfortunate that due to delays caused by the judicial system, justice had been denied to many victims of the 1984 riots," Amarinder Singh added.