Rafale scam is only a glimpse of Modi ji's adventures, Rahul Gandhi alleged in a tweet. 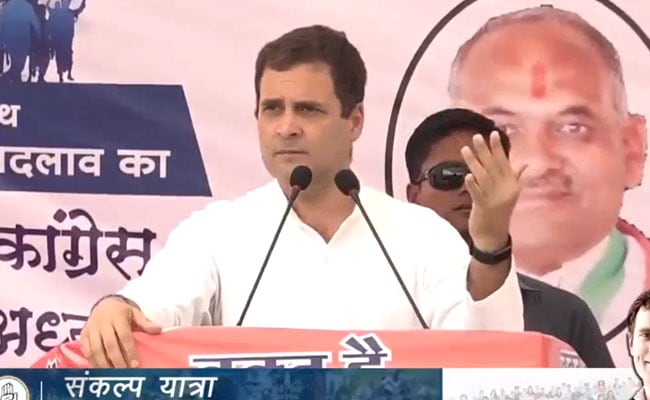 The Congress party and its chief have launched an offensive on PM Modi. (File)

Congress president Rahul Gandhi on Friday hit out at Prime Minister Narendra Modi, alleging that he created a cobweb just like the Bollywood villain Mogambo to "loot" the armed forces and that the Rafale scam is one of his many adventures which will be exposed soon.

Mr Gandhi shared a news report alleging that the Rafale deal was against the Defence Ministry's interests.

"The Rafale scam is only a glimpse of Modi ji's adventures. To loot the armed forces, he created a cobweb just like Mogambo of selected officers, ministers and industrialists. The threads of this cobweb to make the armed forces hollow from inside are connected to Modiji and his industrialist friends. Now many masks would be exposed," he said in a tweet in Hindi.

The Congress party and its chief have launched an offensive on PM Modi and his government, alleging corruption and favouritism in the Rs 58,000-crore fighter jet deal for purchase of 36 Rafale aircraft from France's Dassault Aviation, a charge the government has strongly denied.

Mogambo, the character played by Amrish Puri, was the villain in the 1987 Hindi film 'Mr. India'.