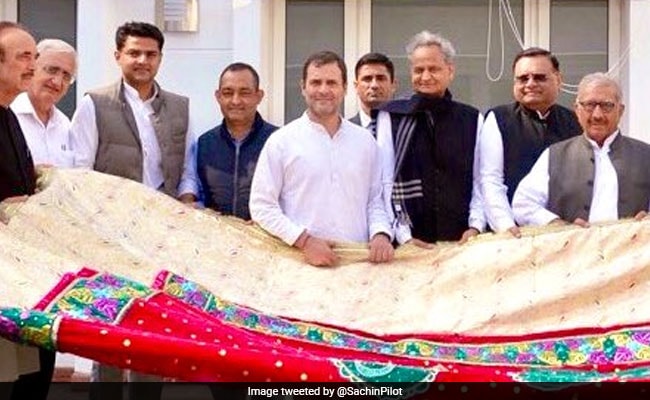 Congress president Rahul Gandhi today handed over a ''chadar'' to be offered at the Ajmer Sharif Dargah on the occasion of Urs of Khwaja Moinuddin Chishti.