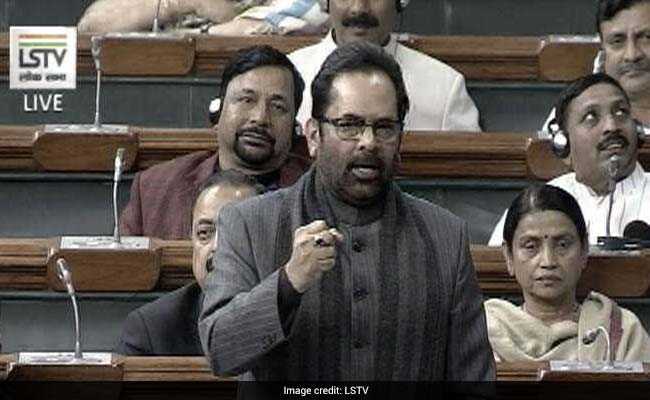 Mukhtar Abbas Naqvi claimed the Congress is "expert in exploitation" of votes on a communal basis.

The 48-year-old Gandhi scion is also contesting from Amethi in Uttar Pradesh.

Speaking to reporters in New Delhi, Mr Naqvi claimed the Congress is "expert in exploitation" of votes on a communal basis.

Mr Naqvi claimed that the Congress granted "recognition" to Muslim League's "communal politics" by inducting it in its UPA government in 2004 for the first time after Independence.

"Congress president Rahul Gandhi has reached Wayanad to carry forward the same communal agenda of the Congress," he alleged.

The journey of the Congress president from Amethi to Wayanad "exposes the character of the Congress, which carries the veil of secularism and the bag of communalism", the BJP leader said.

The people of the country will not allow the Congress to "hijack" votes on a communal basis, he alleged.