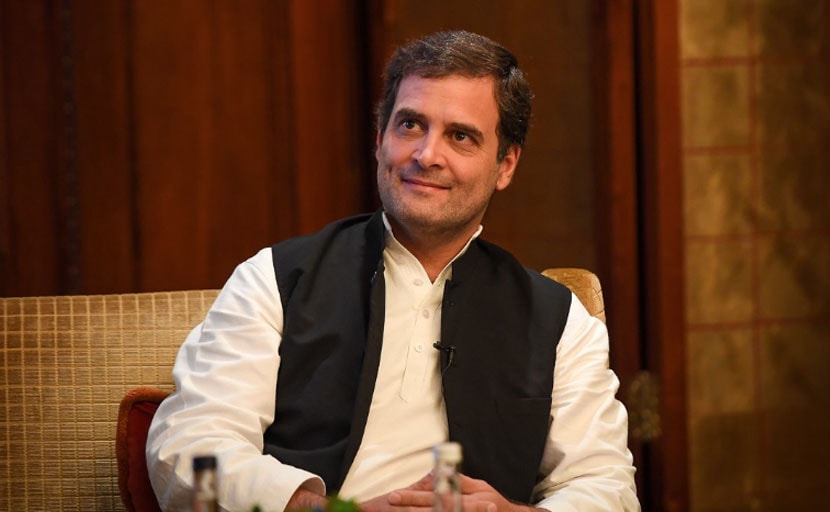 Prime Minister Narendra Modi wished Rahul Gandhi as turned 49 today. "May he be blessed with good health and a long life," PM Modi wrote on Twitter.

The Congress chief responded, writing, "Thank you for your greetings @narendramodi ji. I appreciate them".

Thank you for your greetings @narendramodi ji. I appreciate them ???? https://t.co/ZG9U3tdMTN

Mr Gandhi will hope the words of cheer mark a turnaround in fortunes, for both himself and the party, after the opening six months of a year that saw the Congress thumped by the BJP in national elections.

The Congress led the way by posting a short video on Twitter looking back at "five moments when he inspired Indians everywhere".

On Congress President @RahulGandhi's birthday, we look back at five moments when he inspired Indians everywhere. #HappyBirthdayRahulGandhipic.twitter.com/Clj0gJ6kqj

A Congress worker celebrated Mr Gandhi's birthday by organising a 'hawan' outside his residence in New Delhi, including his mother Sonia Gandhi and sister Priyanka Gandhi Vadra in his prayers. 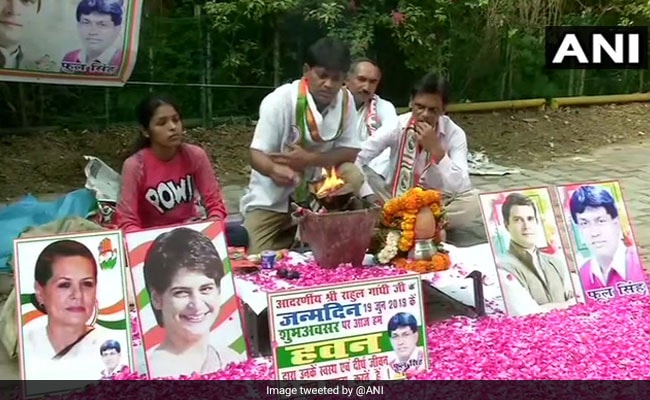 The Congress chief also shared ladoos with journalists and party workers at the party headquarters in Delhi.

Mr Gandhi was at the forefront of his party's campaign during elections in April and May, repeatedly taking on Prime Minister Narendra Modi over allegations of corruption in the Rafale fighter jet deal and coining the slogan "Chowkidar chor hai", as he sought to galvanise the Congress.

Mr Gandhi's response to PM Modi's remark was a hug, and a warning on "karma".

However, despite Mr Gandhi's best efforts, the Congress slumped to defeat in the election, winning only 52 seats to record a marginal improvement over the all-time low of 44 in 2014 polls.

The election also saw Mr Gandhi lose his parliamentary seat from the family stronghold of Amethi - a seat he held for three consecutive terms - to BJP leader Smriti Irani. He remains a parliamentarian though, having won from Wayanad in Kerala.

Mr Gandhi, who made his first visit to his new constituency earlier this month, took the opportunity meet Rajamma Rajappan, a retired nurse who was present at the time of his birth in Delhi 49 years ago. The Congress chief's Wayanad Twitter account shared a picture of him hugging the nurse.

As CP @RahulGandhi's third day begins, he shares a light moment with Rajamma, a retired nurse present at the time of his birth.#RahulGandhiWayanadpic.twitter.com/MxvqYJEfRz

Birthday wishes for Rahul Gandhi have begun flowing in, with the Congress leaders and the party's grassroots-level organisations among the earliest to wish him on his birthday.

Warm Birthday Greetings to Shri. @RahulGandhi!! May he be blessed with good health & long life.

His commitment to the responsibilities & vision for inclusive development shall always be a guiding force to our party.#HappyBirthdayRahulGandhipic.twitter.com/iJTe2nkKyA

Warm Birthday Greetings to Shri. @RahulGandhi!! May he be blessed with good health & long life.

His commitment to the responsibilities & vision for inclusive development shall always be a guiding force to our party.#HappyBirthdayRahulGandhipic.twitter.com/iJTe2nkKyA

Other wishes came from state units of the Congress, including grassroots-level organisations of the party..