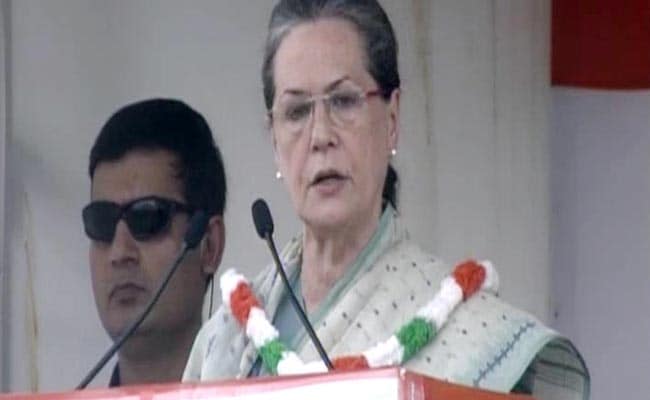 The Congress Party held a 'Kisan Samman Rally' today at Ramlila Ground in the national capital, to honour farmers and party workers for forcing the NDA government to withdraw its land ordinance.  Party president Sonia Gandhi and the vice president Rahul Gandhi addressed the farmers at the rally.