Congress has been demanding a joint parliamentary committee probe into the Rafale fighter jet deal. 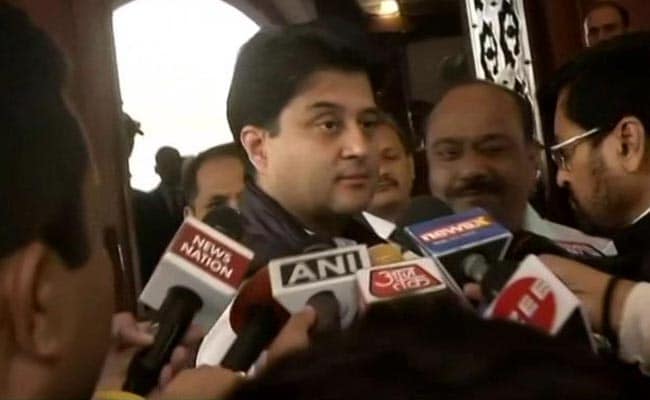 "The Supreme Court order is not a setback for the Congress," said party leader Jyotiraditya Scindia

The Supreme Court order giving the government a clean chit on the Rafale deal is not a setback as the issue is still live in the "people's court" and the Congress will continue to raise it in Parliament, party leader Jyotiraditya Scindia said today.

The top court has dismissed all the petitions seeking a direction to the CBI to register an FIR for alleged irregularities in the procurement of 36 Rafale fighter jets from France and said there was no occasion to doubt the decision-making process in the multi-billion dollar defense deal.

"The Supreme Court order is not a setback as the Rafale deal is still an issue in the people's court. And the party will continue to raise the issue in the Parliament," Mr Scindia told reporters.

Congress has been demanding a joint parliamentary committee probe into the Rafale fighter jet deal.

A bench headed by Chief Justice Ranjan Gogoi said there has been a necessity for fighter aircraft and the country cannot remain without the jets.

The Chief Justice of India, who read out the judgement for the three-judge bench, said no reasons were found to interfere in the procurement process for the fighter jets.

The verdict was pronounced on a batch of pleas seeking a court-monitored probe into the deal.