The first Rafale is expected to land in India in September, with the remaining 35 to be delivered one by one. These jets represent a much needed boost of modernity to the IAF, which still flies Russian-made MiGs that were first inducted in the 1960s 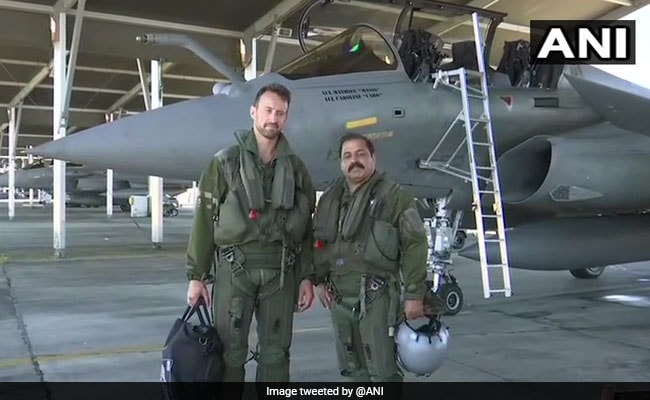 The Indian Air Force yesterday moved one step closer to integrating the Rafale fighter jet into its ranks, with Air Marshal RKS Bhadauria taking a sortie in an aircraft he described as a "game-changer". The Air Marshal also said the combination of the French-made Rafale and the Russian Sukhoi 30 would make for a "potent combination against our adversaries, be it Pakistan or anybody else".

"It was a very good experience. We'll have many lessons to take home in terms of how to best utilise (the) Rafale once it is inducted into our Air Force, and how the combination can be with the Su-30," the Vice Chief said after a sortie from the French Air Force base of Mont de Marsan.

Manufactured by France-based Dassault Aviation, the Rafale is a twin-engine multi-role fighter jet that is nuclear-capable and versatile enough to engage in both air-to-air and air-to-ground attacks, with Meteor and Scalp missiles, respectively, making it one of the most feared fighter jets in the continent. In addition, with the on-board Electronic Warfare (EW) system, the Rafale can also perform reconnaissance and radar jamming roles.

"Once the Su-30MKI and the Rafale start operating together, it will be a potent combination against our adversaries, be it Pakistan or anybody else. Any adversary would be worried about such a combination," the Air Marshal was quoted by news agency ANI.

The first Rafale is expected to land in September. Thereafter, 35 Rafale jets will be delivered one by one, a French minister said in June. These jets represent a much needed boost of modernity to the Indian Air Force (IAF), which still flies Russian-made MiGs that were first inducted in the 1960s and should have been retired by the mid-90s.

In 2006 the IAF upgraded more than 100 of the original MiG-21 jets to the relatively newer MiG-21 Bison - a capable modern fighter jet that went toe-to-toe with more advanced Pakistani F-16s in February, after India's retaliatory air strikes for the Pulwama terror attack that killed 40 soldiers.

"For any such (February 27-type) operation by Pakistan, they would have losses much more. We would have larger weapons and we would have better weapons. The attrition that we will inflict would be very very high," the Air Marshal added.