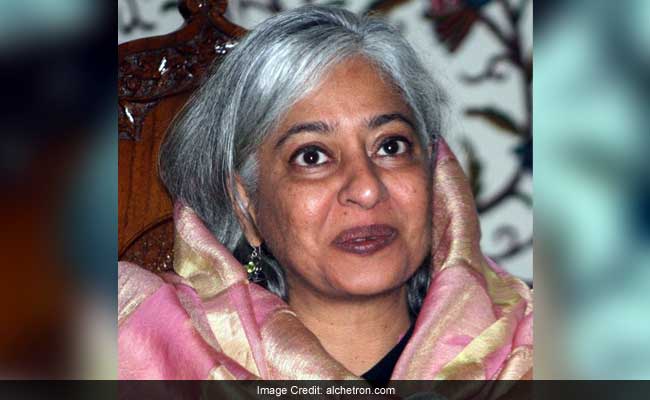 Two former interlocutors of Jammu and Kashmir today questioned the Centre's move to revoke Article 370 without holding consultations with all stakeholders.

Radha Kumar, who was named an interlocutor by former prime minister Manmohan Singh and assigned to hold sustained dialogue with all sections of people in Jammu and Kashmir, said, "In all my years, I have not seen such a blatant assault on the norms and principles of our democracy. Even emergency had some constitutional cover."

"This announcement is a major constitutional announcement. How do you make such an announcement without it being in the public domain or legislative domain, without debate or discussion, without an elected government in Jammu and Kashmir, without a legislature that was consulted," Ms Kumar told a news channel.

MM Ansari, another interlocutor who was appointed with Kumar to hold a dialogue with all stakeholders in Kashmir, said changing status quo of Jammu and Kashmir will require democratic consultations with all the stakeholders, especially mainstream political parties.

He said there is a need to preserve the diversity and pluralism of the country and it is time to give more power to people of the state and not take it away.

The government on Monday revoked Article 370 that gave special status to Jammu and Kashmir and proposed that the state be bifurcated into two union territories -- Jammu and Kashmir, and Ladakh.

The abolition of Article 370 will "completely integrate" the state with the Indian Union like other princely states in 1950 and its residents will enjoy equal rights like other citizens, officials said on Monday.

With the abrogation of Article 370, Article 35A will automatically become void, thereby annulling the special status enjoyed by the residents over land, business and employment, they said.

The decision will also allow any individual, business or NGO, that operates as per the law of the land, to freely operate, under the same rules of business, in the new union territories of Jammu and Kashmir and Ladakh.