Union Minister Ashwini Kumar Choubey made these remarks at Sitamarhi while addressing a public meeting in support of a JD(U) candidate. 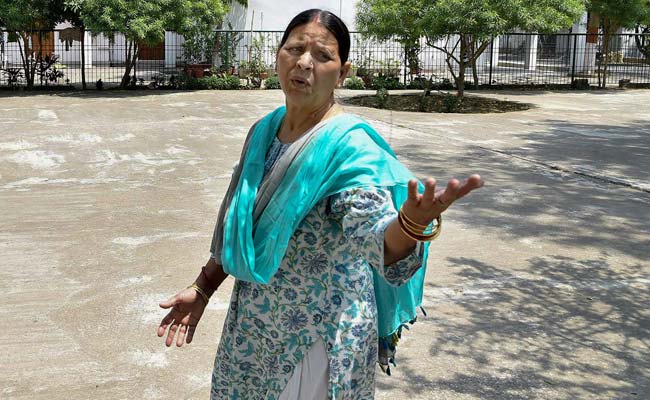 Rabri Devi responded to Ashwini Choubey's remark, asking him if he would ask women in BJP to stay at home

Within the span of a fortnight, Union Minister Ashwini Kumar Choubey has stirred yet another controversy, this time with a sexist remark against former Bihar Chief Minister Rabri Devi.

"What can one say to Rabri Devi? She is my sister-in-law. It's better if she remains behind a veil," the minister said, news agency ANI reported.

Rabri Devi was quick to respond. "You have exposed your mindset towards women. BJP's slogan is 'Beti Bachao, Beti Padhao' but such remarks are insulting to all women. I want to ask him (Ashwini Choubey), will he ask women leaders in BJP to stay behind a veil and at home?" the former Bihar Chief Minister said.

"Are these the lessons of women empowerment that Prime Minister Narendra Modi teaches?" she added.

Mr Choubey made these remarks at Sitamarhi while addressing a public meeting in support of a JD(U) candidate.

Last month, the minister made headlines after a video of him threatening a government official surfaced. In the video, the minister is seen in a heated argument with an official who stopped his convoy in Bihar for allegedly violating the election code.

"Khabardar, tamasha mat kijiye (mind you, don't make a scene)," the minister could be heard telling the official. The video went viral and a police case was filed against him and 150 others.

Ashwini Kumar Choubey is Minister of State for Health and Family Welfare in the Modi government. Mr Choubey is a parliamentarian from Buxar constituency in Bihar. He will once again contest from the same constituency in this election. Voting in Buxar is on May 19.