The servitors at Puri Jagannath temple are protesting against the alleged police assault of one servitor who had tried to take a devotee inside the 900-year-old temple, he said. 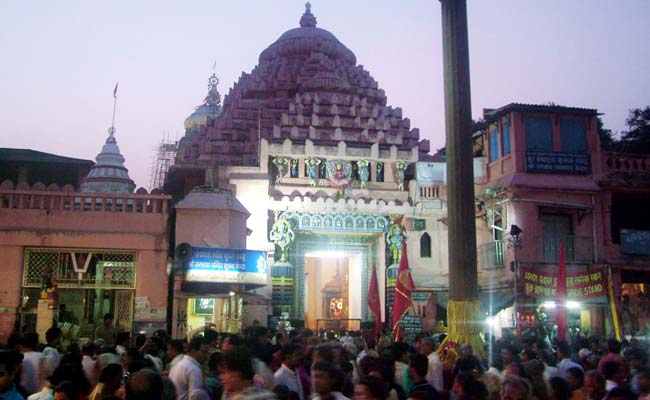 Two complaints were lodged by servitors of Puri Jagannath temple and the police. (File)

The gates of Lord Jagannath temple in Puri remained shut for about 12 hours due to protests by servitors against the alleged assault of one of them by police, authorities said on Friday.

There were no rituals of the deity since Thursday night at the temple, considered among the holiest for the Hindus, Puri Collector JP Das said.

The gates of the 900-year-old temple which open around 5 am daily opened almost 12 hours later at 4.30 pm, depriving several devotees of the deity's 'darshan', officials said.

The servitors are protesting against the alleged police assault of one servitor who had tried to take a devotee inside the 900-year-old temple, he said.

The police had detained the devotee suspecting him to be a foreigner, the officials said. Foreigners are not allowed inside the temple as per the Sri Jagannath Temple Act.

TV channels showed many devotees, angry over the long wait at the gates, uprooting the metal barricades outside the Lion Gate (Singhadwara) and trying to enter the temple premises.

Odisha Law Minister Pratap Jena said the state government was keeping a strict watch on the developments in the temple.

Two complaints were lodged by servitors and the police at the Singhadwara police station.

The gates of the temple opened following a meeting between the servitors and the Shree Jagannath Temple Administration (SJTA).

The servitors had initially refused to withdraw their protest and begin the daily rituals and the Puri district administration and the (SJTA) failed to convince them, the officials said.

"We had taken up the matter with the SJTA after the police assaulted a sevayat (servitor) yesterday. We had demanded action against the police the basis of the CCTV footage. But it did not listen to our demands. So we had closed the doors of the main temple and decided not to perform any rituals of the deities till our demands are met," said Sambit Muduli, a sevayat.

The temple doors were re-opened after the SJTA assured the servitors that stringent action would be taken against the police within 24 hours if it is found to be at fault.

The SJTA said that the devotees would be allowed to have deity's 'darshan' for extended time in the night as a large number of them are waiting at the gates.

The collector said that many devotees who had come from different parts of Odisha and neighbouring states returned without a 'darshan'.

Gajapati Maharaja of Puri Divyasingha Deb, who is considered the first sevayat of Lord Jagannath, said "The daily rituals of the Lord must be carried out and the state government must intervene and resolve the impasse."

The continuance of rituals at the 12th century shrine is "very important" and the servitors' demands could be resolved through discussion, he said.