Punjab Wants To Hire Aircraft For VIP Use, Opposition Asks What's The Need 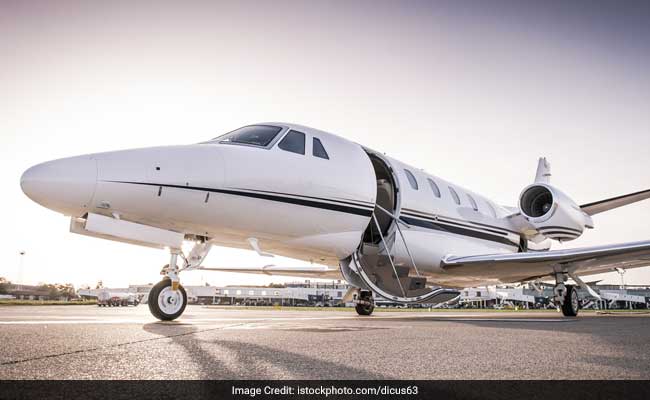 According to the tender, the aircraft should have a minimum seating capacity for eight to 10 passengers

The Punjab government has floated a tender to hire an aircraft for VIP movement for a year, drawing sharp criticism from the Opposition which alleged it aimed at facilitating trips of AAP chief Arvind Kejriwal.

Currently, the Punjab government has a chopper. "The government intends to hire a fixed-wing aircraft on lease for a year," said an official.

The Department of Civil Aviation has floated a tender in which it said it intends to empanel/hire from well-established and financially sound air charter service providers a Dassault Falcon 2000 fixed-wing aircraft for a year.

According to the tender, the aircraft should have a minimum seating capacity for eight to 10 passengers and will be required to be positioned and operate from the Chandigarh international airport.

Reacting to the move, senior Congress leader Partap Singh Bajwa said the cash-strapped state is grappling with debt trap and revenue generation but the government is contemplating hiring a fixed-wing aircraft.

"What was the immediate need or requirement of the Bhagwant Mann government to hire a fixed-wing aircraft when Punjab already has a Bell helicopter," he asked.

"The Punjab government purchased the five-seater twin-engine Bell 429 helicopter in 2012 for Rs 38 crore which is good enough to facilitate the VIP movement. So, where does the need arise for hiring a new aircraft," Bajwa questioned.

"I believe the idea has come from none other than Bhagwant Mann's political mentor Arvind Kejriwal. Since the fixed-wing aircraft can easily seat 10 passengers, it appears that Kejriwal wants to use this for his own political sojourns," he alleged.

In a statement here, Cheema said it was shocking that the Punjab government is ready to "waste" crore of rupees simply to facilitate Kejriwal and his entourage.

He said a fixed-wing aircraft was not needed for travel in Punjab because it had a small geographical area and that it would be used for travel outside Punjab to facilitate Kejriwal's visits to other states for electioneering.