Mr Cheema claimed in the House that not even a single degree college had been opened in these areas. 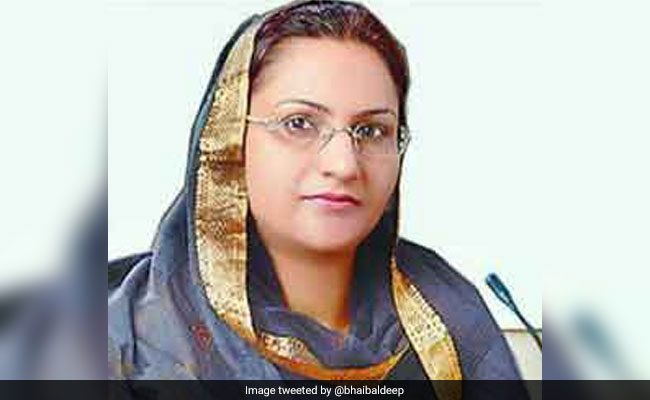 Ms Sultana said her department did not have Aladdin's magic lamp.

Hitting out at an AAP MLA who claimed that no new degree colleges were opened in some areas in Sangrur district, Punjab Higher Education Minister Razia Sultana on Friday said her department did not have Aladdin's magic lamp which, if rubbed, would set up a building in no time.

The minister was replying to a supplementary question by Leader of Opposition and AAP MLA Harpal Singh Cheema who sought to know the status of degree colleges in Bhawanigarh, Dirba and some other areas in Sangrur district.

Mr Cheema claimed in the House that not even a single degree college had been opened in these areas. Moreover, the no recruitment of staff has been made in Punjab colleges, he alleged.

During the Zero Hour in the ongoing Budget Session, the minister informed the House that degree colleges in Bhawanigarh area were under construction.

"Generally, the construction of a building takes two to two and half years to complete. We do not have Aladdin's magic lamp which if rubbed will set up the structure in no time. We have even started classes in some areas. Whatever they (Cheema) have claimed are a bundle of lies," she said.

Earlier Congress MLA Raj Kumar Chabbewal sought to know if there was there any proposal to set up a new government degree college in Chabbewal.

Sharing details of the status of upcoming colleges, the higher education minister informed the House that the Congress had promised to set up 50 degree colleges at the sub division level.

In 2017-18, it was decided that degree colleges would be set up in Kalanaur, Malout, Jandiala Nawanshahr, Ludhiana and some other areas. Then 20 more colleges were announced for several places, including Bhawanigarh, Dinanangar, Giddarbaha, Shahkot, the minister said.