Punjab AAP Expresses Concern Over Alliance With Congress For 2019 Polls

AAP is still undecided over any pre-poll alliance with the Congress or the Mahagathbandhan of various non-BJP parties. 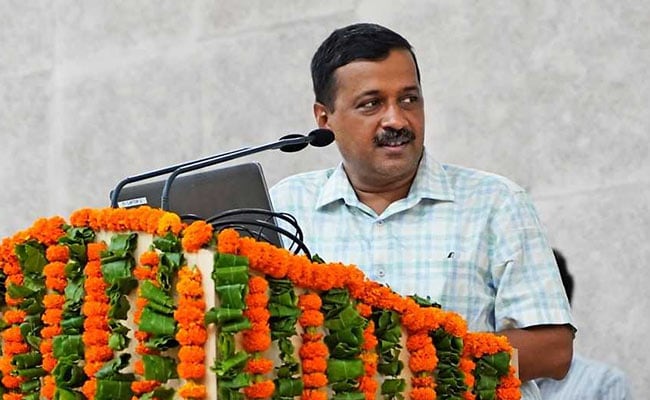 AAP is the main opposition in Punjab where the government is headed by the Congress.

A section of Aam Aadmi Party (AAP) leaders and workers from Punjab expressed concern over the possibility of an alliance with Congress for the 2019 Lok Sabha polls at a meeting with party's national convener Arvind Kejriwal on Thursday.

In the four-hour meeting of the Political Affairs Committee (PAC) of the AAP held at Mr Kejriwal's home in Delhi, the party's Punjab unit expressed reservations about joining hands with the Rahul Gandhi-led Congress.

AAP is the main opposition in Punjab where the government is headed by the Congress.

Senior AAP leader Gopal Rai told reporters that the PAC will consider the opinion of party leaders and workers from Punjab, Haryana and Delhi in a meeting after January 15, and take a decision on alliances.

AAP leader and Rajya Sabha MP Sanjay Singh said, "As of now, we have no alliance with any party. We are not saying anything on the future plans of the party".

The National Council of the AAP had in its meeting last week decided to contest all 33 Lok Sabha seats in Punjab, Delhi, Haryana, Goa and Chandigarh.

The party, however, is still undecided over any pre-poll alliance with the Congress or the Mahagathbandhan of various non-BJP parties.

"In the meeting with Mr Kejriwal, some persons pointed out AAP was the main opposition in Punjab where Congress is the ruling party, which has failed to fulfil its promises, so it will be difficult to contest the elections (with Congress)," Mr Rai said.

The meeting was attended by around 800 AAP office-bearers, party MLAs and MPs from Punjab.

The Haryana party unit of AAP will meet Mr Kejriwal on Friday followed by the party's Delhi representatives.

Such meetings will continue till January 15.

Mr Rai said Punjab AAP unit's core committee has been asked to shortlist the names of candidates on all the seats and send the same to the PAC for a final decision. The party has already announced its candidates on five seats in the state.

The booth-level organisation in Punjab will be strengthened under the stewardship of block in-charges till January 30. Afterwards, a door-to-door campaign will be launched to reach out to the voters, the AAP leader said.

An agitation against high-power tariff in Punjab has also been planned by the AAP, Mr Rai added.