The proposal to put Masood Azhar on global terror list will be the fourth such bid at the UN in past ten years; China has always opposed the move 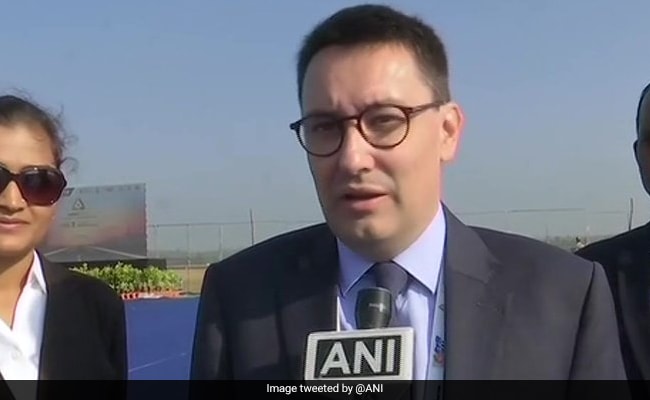 French ambassador to India, Alexandre Ziegler, today said that France will move a proposal "in a couple of days" at the United Nations to put Pakistani terror group, Jaish-e-Mohammad chief, Maulana Masood Azhar, on the global terrorist list. "We are very much pushing in that direction. It has been two years that we are trying to put him on the UN sanctions list," Mr Ziegler said, on the sidelines of the five-day Aero India show in Bengaluru.

This would be the second time that France will put forward its proposal at the United Nations. In 2017, France, supported by the United States and the United Kingdom, had moved a proposal at the UN, to get Azhar declared a global terrorist, but it was blocked by China at the behest of Pakistan.

The proposal, when moved, will be the fourth such bid at the UN in past ten years. In 2009 and 2016, India moved the UN's Sanctions Committee 1267 to ban Azhar, also the mastermind of attack on the air base in Pathankot.

In 2016, India was joined by the P3 countries - the US, the UK and France and in 2017, again a similar proposal was moved at the UN. China, however, has always blocked the proposals from being adopted.

After the Pulwama attack, China expressed "deep sympathies" to the families of the 40 CRPF men. In its condolence message to Sushma Swaraj, the Chinese Foreign Minister Wang Yi said that his country "resolutely opposes and strongly condemns all forms of terrorism", but the statement did not make any reference to Pakistan, even though the attack was claimed by Pakistan-based Jaish-e-Mohammed.

On Tuesday, a Jaish terrorist, believed to be a key conspirator in the Pulwama attack, was shot dead in a 12-hour encounter in which four soldiers, including an officer, and a policeman were killed. Kamran, one of the two terrorists killed in the encounter, was a Pakistani and a key aide of Jaish chief Masood Azhar.