With the Union Territory now poised to receive a large number of people from other places during Christmas, New Year celebrations and Pongal, there was need to ensure that liquor price was brought down by scrapping the special duty, Puducherry Chief Minister V Narayanasamy said. 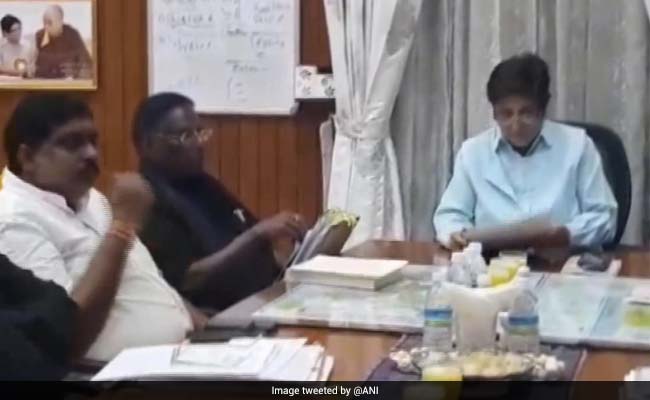 Puducherry Chief Minister V Narayanasamy on Wednesday hit out at Lt Governor Kiran Bedi for rejecting the government proposal to scrap special excise duty on liquor, saying it was proof of her "misuse of powers."

This duty, he told a virtual press conference, was introduced in May this year to ensure the government earns more revenue, which was hit to the COVID-19 pandemic, and also to prevent influx of people from neighbouring states, who could possibly spread the virus.

With the Union Territory now poised to receive a large number of people from other places during Christmas, New Year celebrations and Pongal, there was need to ensure that liquor price was brought down by scrapping the special duty, he said.

"The more liquor we sell, the greater will be the revenue to the Exchequer and more increase in allied businesses."

A suggestion was also put forth to Ms Bedi that the government could double the license fees to sell liquor to mop up more revenue.

He said he and Excise Minister A Namassivayam sent a file to the Lt Governor containing the proposals, but she had rejected them and directed continuation of the special duty till January 31 next year.

"The decision of the Lt Governor is a clear case of misuse of power...Her rejection of the proposals is totally violating the statutory provisions relating to her powers and is also against the rules relating to administration," he said.

Mr Narayanasamy feared that continuation of the special duty would only make liquor costlier in Puducherry and not attract more customers during the coming festivals.

On the three contentious farm laws, Mr Narayanasamy said it was "anti-farmer" and demanded that they be scrapped as a large number of farmers had already converged on the borders of Delhi in protest against them.

Mr Narayanasamy regretted not getting any response from the Prime Minister, Home Minister and also the Finance Minister to his plea for immediate interim relief of Rs 100 crore to tide over the impact of the recent Nivar cyclone, which had damaged crops and badly hit people.

The Chief Minister commended the Health and other departments for containing the spread of coronavirus.

The fatality rate has come down and recovery rate was on the rise, which only showed that their sustained efforts has helped Puducherry check its spread, he said.