Protests Over Restrictions For Journalists In Rajasthan Assembly

The journalists cannot access even various other sections of the assembly for obtaining House proceeding records or copies of the members' speeches in the House. 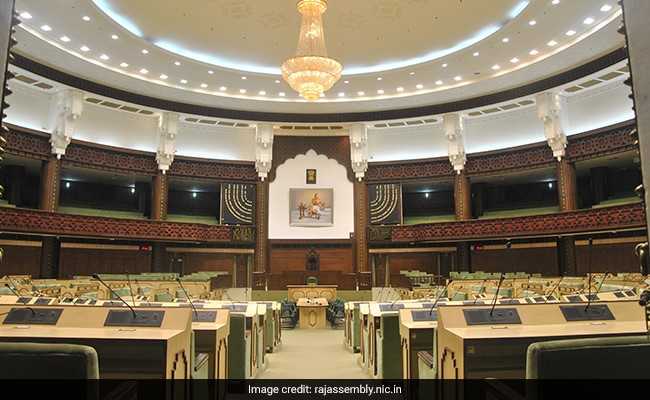 Only 550 passes have been issued in this session.

The Rajasthan assembly authorities have curtailed journalists' movement inside the Vidhan Sabha premises, triggering strong protest on Thursday from the journalists covering the House proceedings.

The new arrangement has limited the access only to the press gallery inside the House to watch the proceedings and the press room outside it, denying them access to any other place within the assembly premises, including the offices of the speaker and the ministers.

They cannot access even various other sections of the assembly for obtaining House proceeding records or copies of the members' speeches in the House.

Journalists earlier had unhindered access to the speaker's chambers and those of the chief minister and ministers, besides the MLAs' lobbies.

The journalists, mandated to cover the House proceedings, on Thursday lodged an strong protest against the new measures, purportedly aimed at beefing up the security in the assembly premises.

The new passes issued to journalists carry written stipulations, limiting their validity to visit only the press gallery and press room.

Dozens of journalists representing various media organisations, including the news agencies, held a protest demonstration outside the assembly Speaker C P Joshi's office, demanding withdrawal of the new measures, that, they said, hindered their Fundamental Right of the freedom of speech and expression, enshrined in the Constitution.

A delegation of agitating journalists also met the speaker, requesting him to withdraw the instructions, restricting journalists' movement inside the assembly premises, but, they said, he refused to oblige them.

"The decision is unfair and should be withdrawn," said Rajasthan Journalists' Association of president Rakesh Sharma.

"We requested the speaker to withdraw this instruction but no positive outcome was there," said Mr Sharma.

"There is resentment among journalists and our protest will continue in democratic manner against this," added Mr Rathore.

Its president Abhay Joshi wrote a letter to Speaker Joshi, demanding that the number of passes issued to scribes for covering the House proceedings, which was heavily slashed, should be restored.

They also protested the new provision as per which the freelance journalists have to get their passes made on daily basis.

The number of passes issued for ministerial staffers too has been reduced.

A Rajasthan Assembly press release on Wednesday said that more than 5,000 passes were issued in the last session while only 550 passes have been issued in the present session so far.