Franco Mulakkal remains a member of the diocese and a bishop, though without charge of any diocese, church officials told NDTV. 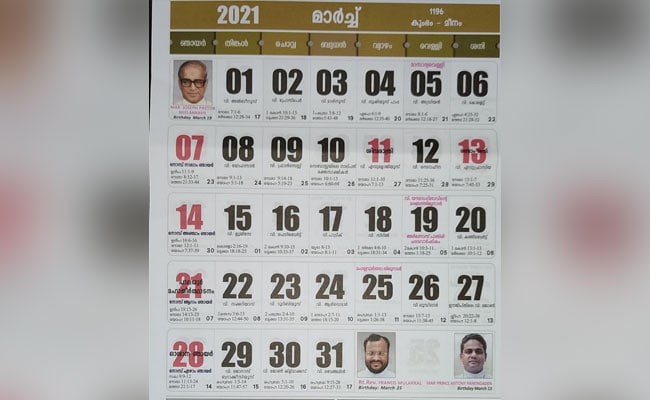 Franco Mulakkal remains a a Bishop despite rape charges against him.

The featuring of a rape-accused bishop on the official calendar issued by the Syro Malabar Diocese in Kerala's Thrissur district has angered a section of church-goers so much that some of them have resorted to burning of the material in some places in the state, seeking its immediate withdrawal.

The new official calendar for 2021, released by the Syro Malabar Thrissur diocese recently, features the photograph of Bishop Franco Mulakkal, along with other Bishops, indicating his birthday. The priest is being tried for rape, misuse of authority, and wrongful confinement after a nun accused him of sexually abusing her repeatedly between 2014 to 2016.

Angry with his photographs, members of the Kerala Catholic Reforms Movement resorted to burning of the calendars on Sunday.

"It's sad to see that the bishops of the Syro Malabar church are proving again and again that they do not consider the feelings of the believers. We want the calendar withdrawn," said Shaiju Anthony, Convenor of Save Our Sisters, a forum that backed the nun who had accused Mulakkal of rape. The Kerala Catholic Reforms Movement is part of this forum.

A senior priest of the church, however, said the accused remains a member of the diocese.

"This is a private calendar for the Thrissur diocese. Franco Mulakkal is a member of their diocese and still continues to be a Bishop, though he is not in charge of any diocese. So his details were added along with details of other Bishops," the priest, who did not want to be identified, told NDTV.

Another member of the diocese said many others harbour concerns about the photograph but have avoided speaking out against it only out of fear.

"While the calendar has been distributed in some churches of the diocese, some others have not distributed the calendars yet, seeing the protests and responses," one diocese member said.