Properties Of 25 "Vandals" During Citizenship Act Protest To Be Attached: Officials

Officials said around a dozen protestors were detained after stone pelting and arson during a bandh call in the city, but some of them were released after inquiry. 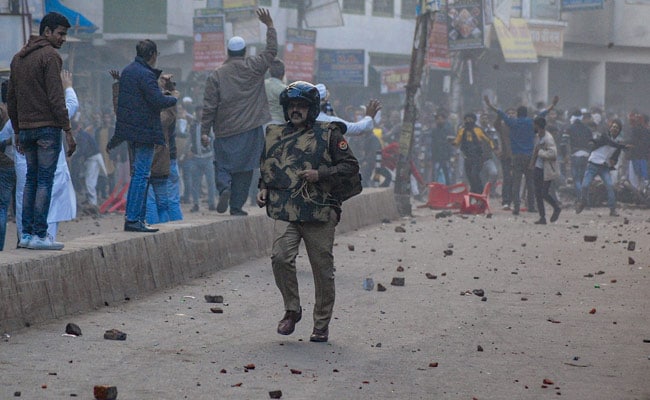 Police and protesters clash during Citizenship Act protests in Kanpur.

The Rampur district administration is taking steps to attach properties of 25 people, identified as ones vandalising public properties during violent protests against changes in the citizenship law, said officials on Sunday.

A 22-year-old man had died of a bullet injury here on Saturday during the violence in which several locals and policemen were injured, and six vehicles, including a police motorcycle, were torched, the officials said.

"We have procured CCTV footage and identified so far 25 people involved in the violence. FIRs are being registered and the process has begun to attach their properties and further actions as needed," Rampur District Magistrate Aunjaneya Singh told PTI.

He said around a dozen protestors were detained after stone pelting and arson during a bandh call in the city, but some of them were released after inquiry.

"We are not holding back anyone involved in peaceful demonstrations but those involved in the violence will be booked," Mr Singh said.

The family members of deceased Faiz Ahmed, meanwhile, alleged he was killed in a police firing and doctors at the district hospital did not attend him for two hours, a charge denied by the officials.

"The police did not resort to firing. After stone pelting and torching of vehicles by mob, the police appealed to them to disperse and eventually opened tear gas shells and resorted to lathi charge. The police later also used rubber bullets but at no point opened fire," said the district magistrate.

"We are analysing the footage and find out who opened fire and book the culprit for murder," he said, adding, "I am one hundred per cent sure the fire was opened by someone in the crowd of protestors and not the police."

On the alleged laxity by doctors, he said, those present at the hospital had told his relatives that they were not eligible to handle the sensitive case and suggested he be taken to Moradabad for treatment.

Mr Singh said internet services remain suspended in the district and section 144 of the CrPC, which bars assembly of more than four people, continues to be in force here.

"A rumour was being spread that curfew has been imposed here, which is not true. Internet has been suspended till further orders to check spread of rumours like these. The situation is normal today," Mr Singh said.

Uttar Pradesh and several parts of the country have been witnessing protests and demonstrations by a section of people opposed to the Citizenship Amendment Act (CAA) and the proposed creation of a pan-India National Register of Citizens (NRC).

The Citizenship (Amendment) Act provides for grant of citizenship to the persecuted minority Hindus, Sikhs, Christians, Jain, Buddhists and Parsis of Pakistan, Afghanistan and Bangladesh, who have taken refuge in India before December 31, 2014.

For leaving Muslims out of the ambit of the law, the critics say the law violates the Fundamental Right of Equality under Article 14 of the Constitution and is against the secular ethos of the country, ignoring the fact that the protection of Article 14 is available only to citizens and not foreigners.