Priyanka Gandhi Vadra's decision to join active politics two weeks ago has galvanised the Congress and the morale of its party workers. 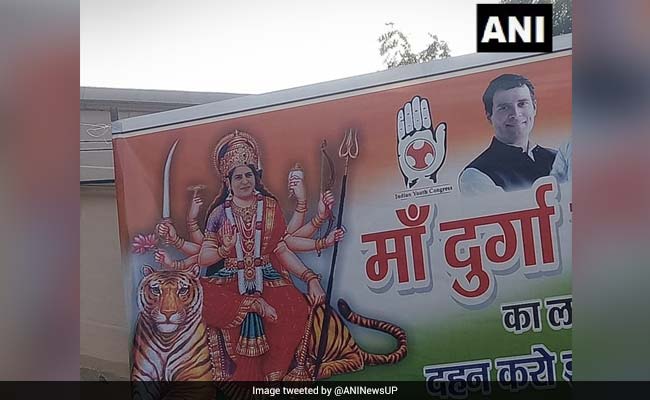 The poster hails Priyanka Gandhi Vadra as an avatar of Goddess Durga.

The fervour among Congress supporters in Uttar Pradesh over Priyanka Gandhi Vadra's first visit to the state after being given charge of its eastern half is scraping hysterical levels. Congress supporters have plastered much of Lucknow with posters glorifying her and other top leaders ahead of the roadshow organised through the city from the airport to the Congress offices. One of the posters has gone as far as projecting Priyanka Gandhi Vadra as Goddess Durga.

"Sister Priyanka, an avatar of Godess Durga, incinerate the regime of lying thugs," reads the poster in Hindi. The poster appears to have been put up by a Youth Congress leader in the city.

Priyanka Gandhi Vadra's decision to join active politics two weeks ago has galvanised the Congress and the morale of its party workers. Ms Gandhi has been tasked with turning around the fortunes of the party in eastern Uttar Pradesh, which accounts for around 40 Lok Sabha seats. 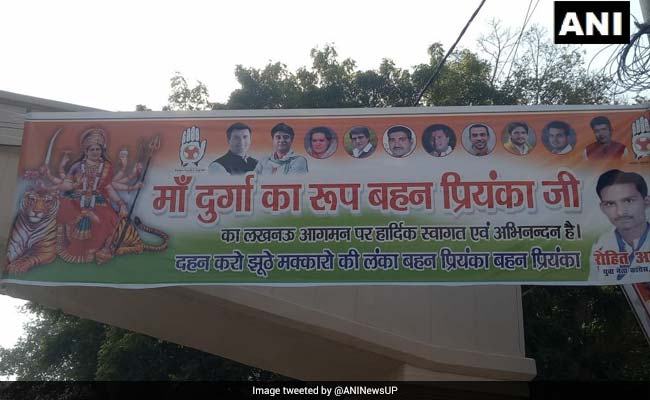 Posters welcoming Priyanka Gandhi Vadra have been plastered across Lucknow.

For her four-day tour of the state, Priyanka Gandhi will take out a mega roadshow running well over 30 kilometres, through some of the most congested areas of Lucknow.

Apart from the roadshow, she is scheduled to address meetings in specific constituencies. Congress sources have also said that instead of returning to Delhi after her tour, Priyanka Gandhi might visit other areas of eastern Uttar Pradesh.