Umaid Bhawan Palace: Priyanka Chopra and Nick Jonas arrived in Jodhpur with their families on Thursday while their guests followed suit. 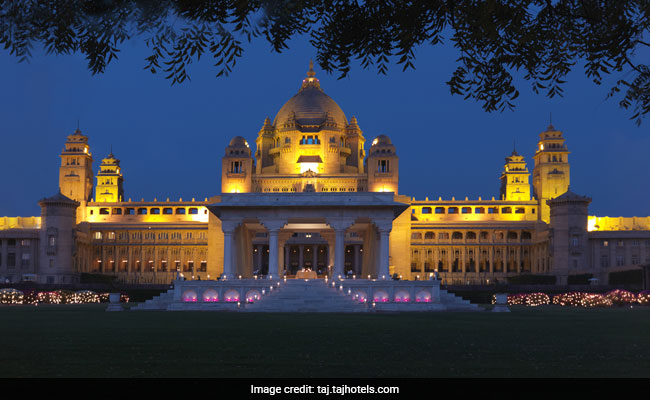 Priyanka Chopra and Nick Jonas have exchanged their wedding vows in a traditional Christian ceremony today, at the Umaid Bhawan Palace in Rajasthan's Jodhpur. And a second wedding ceremony as per Hindu rituals is scheduled for tomorrow. Here are some interesting facts about the royal venue of their wedding that make it fit for the lavish ceremony.

Umaid Bhawan Palace located in Jodhpur city of Rajasthan, is known as a magnificent piece of Rajasthan's heritage. The mansion palace was named after Maharaja Umaid Singh. It is the last royal palace built before the Independence of India. The palace's heritage and hospitality is maintained by the famous luxury hotels group, Taj who own a part of the palace.

The palace continues to be the home of Jodhpur's erstwhile royalty. It is currently the world's sixth-largest private residence.

Taj Umaid Bhawan Palace is spread over 26 acres of lush grounds including 15 acres of well-kept lush gardens. The royal residence has 347 rooms, an exquisite throne chamber, an exclusive private meeting hall, a Durbar Hall to meet the public, a vaulted banquet hall, private dining halls, a ball room, a library, an indoor swimming pool and spa, a billiards room, four tennis courts, two unique marble squash courts and long passages. The most popular suite at the hotel runs at well over Rs 1 lakh for one night. 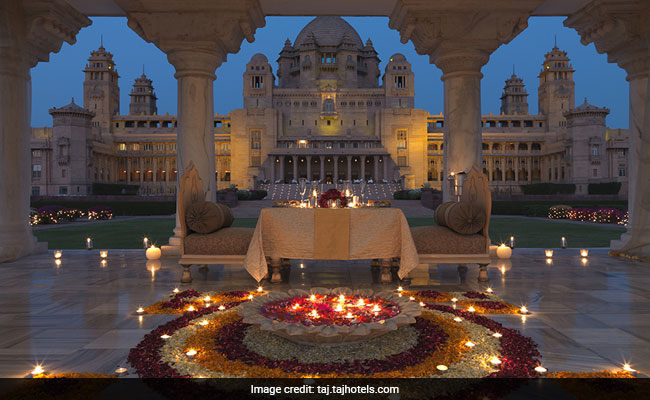 Umaid Bhawan Palace continues to be the home of Jodhpur's erstwhile royalty.

The gardens of the beautiful property have peacocks freely roaming around. Views of Mehrangarh Fort and other attractions of Jodhpur can also be seen. 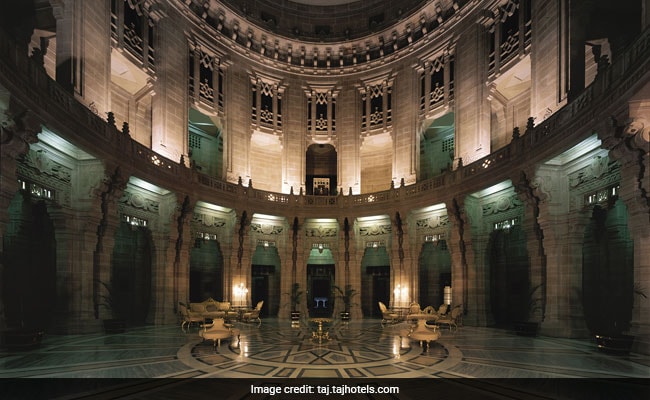 The Umaid Bhawan Palace has two major wings. One wing is entirely the home of the Rathore Dynasty of Jodhpur. They live their imperial lifestyle away from prying eyes. Maharaja Gaj Singh, grandson of Maharaja Umaid Singh till date resides here with family.

The Taj Hotel Group owns and maintains the other wing of the palace. They have under their dominion, 64 accommodations compromising of 25 rooms and 39 suites. The rooms/ suites are categorized as Maharani Suite, Maharaja Suite, Royal Suite, Regal Suite and Deluxe Rooms.

The grand property houses a museum. Open for all, here are some marvelous specimens. The classic cars of the Maharajas are also on display.