Priyam Chatterjee is best known for revisiting the traditional dishes from his native state of West Bengal and giving it a French twist. 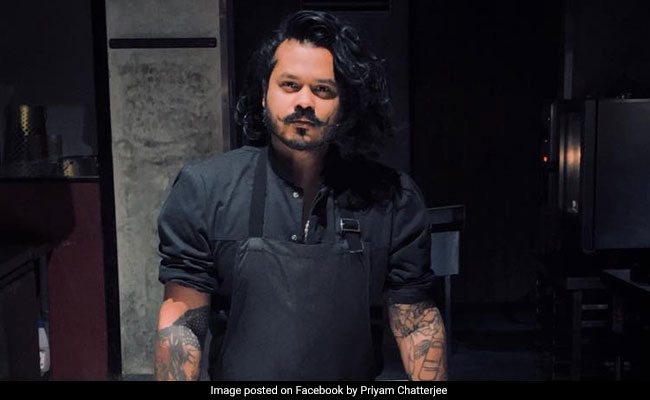 Priyam Chatterjee is currently the head chef at Jaan Restaurant Yacht in France.

Priyam Chatterjee on Monday became the first Indian chef to be awarded the ''Chevalier de l''Ordre du Merite Agricoleto'' by the government of France to recognise his contribution towards reinventing the gastronomic scene in India.

Mr Chatterjee (30) is best known for revisiting the traditional dishes from his native state of West Bengal and giving it a French twist.

"I am living my dream at this moment because any form of words or dialogue will not justify this moment," he said.

Mr Chatterjee added that the two major factors influencing his culinary practice were that of his family and France.

Born into a Bengali family of "exceptional cooks and artists", where feasts were a regular affair, it was only natural for a young Mr Chatterjee to love everything about food, be it eating, or serving.

He realised French cuisine was his true calling during his very first professional stint at Park Hyatt in Hyderabad where he met French chef Jean Claude who trained Mr Chatterjee to "learn French cuisine, precisely and with passion."

"In the process, what he did was he made me fall in love with France completely!" the chef said.

Mr Chatterjee is currently the head chef at Jaan Restaurant Yacht in France, before which he was the head chef of Rooh, and Qla, both located in Mehrauli.

He also takes a keen interest in music as well as art.

"This is actually the first time that we are celebrating the talent of a young chef at this embassy by conferring this distinction.

"This honour recognizes your talent and your commitment to promoting French cuisine," Alexandre Ziegler, Ambassador of France to India, said.

The award, instituted in 1883, the ''Ordre du Merite Agricole'' (Order of Agricultural Merit) is a distinction bestowed by the French Republic for outstanding contributions, among others, to agriculture, agro-food industry and gastronomy.