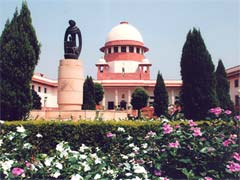 New Delhi: The Centre on Wednesday reiterated its stand that privacy was not a fundamental right, while contesting a bunch of petitions challenging the constitutional validity of the Aadhaar scheme on the ground of violation of citizens' right to privacy.

Addressing the court for referring the matter to a constitution bench in the context whether privacy was part of the right to liberty and thus a fundamental right, Attorney General Mukul Rohatgi told the top court bench of Justices J Chelameswar, SA Bobde and C Nagappan that one could not telescope privacy in any of the fundamental rights.

Mr Rohatgi said the top court had held against the midnight knocks by police on the pretext of search and seizures by reading privacy in Article 21 of the constitution that guaranteed protection of life and personal liberty but not in the case of picketing by police outside the residence of a suspect or a history-sheeter or putting people's movement under surveillance.

Telling the court that the right to privacy does not reside in Article 21, Mr Rohatgi said the apex court had long ago, first by an eight-judge bench and subsequently six- judge bench, held that "privacy was not a fundamental right".

It was later from the mid-seventies that smaller benches of the top court, in a spate of judgments, held that the right to privacy was a fundamental right by reading it in Article 21.

However, the attorney general said this would not eclipse the view held by eight- and six-judge benches that privacy was not a fundamental right.

The apex court bench is hearing rival arguments on the AG's submission that if it (court) had to hear the batch of petitions challenging the Aadhaar scheme on the grounds of its being violative of the privacy of the people opting for it, then the matter should be referred to a five-judge bench.

He had urged the court to refer the matter to the five-judge bench so that there was an authoritative pronouncement on the status of privacy as a right, in the light of earlier pronouncements of the top court.

Assailing the arguments put forth by the petitioners challenging the validity of Aadhaar scheme by relying on various references in the earlier judgments, the AG said that one could not interpret the references to one's own convenience.

He said that a judgment could only be seen in the context of the questions raised and answered by it.

However, the petitioners have said that Aadhaar scheme was going to be implemented on the strength of an executive order and the same need not be referred to a five-judge bench and could be decided by the three judges hearing the matter.