The Uttar Pradesh government is constructing the Bundelkhand Expressway which will pass through Chitrakoot, Banda, Hamirpur and Jalaun districts. 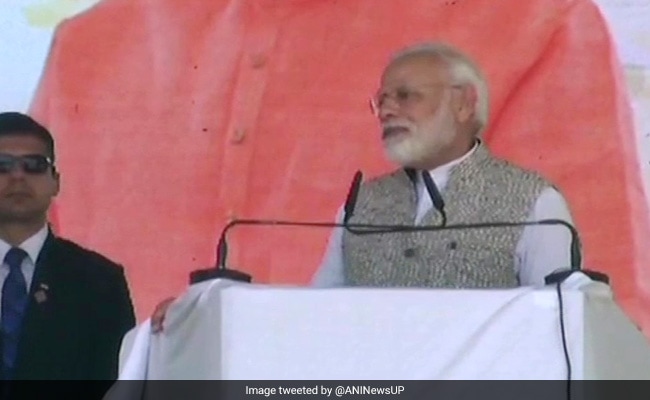 Prime Minister Narendra Modi will lay the foundation stone for the 296-km-long Bundelkhand Expressway in Uttar Pradesh's Chitrakoot on Saturday.

The proposed expressway will be supplementing the nodes of the Uttar Pradesh Defence Industrial Corridor announced by the government in February 2018, a statement from the Prime Minister's Office (PMO) said today.

The Uttar Pradesh government is constructing the Bundelkhand Expressway which will pass through Chitrakoot, Banda, Hamirpur and Jalaun districts.

The expressway will link the Bundelkhand area to Delhi through the Agra-Lucknow Expressway and the Yamuna Expressway. PM Modi will also be launching 10,000 farmers producer organisations all over the country at Chitrakoot on that day.

Nearly 86 per cent of farmers are small and marginal with average land holdings in the country being less than 1.1 hectare.

These small, marginal and landless farmers face tremendous challenges during agriculture production phase such as for access to technology, quality seed, fertilisers and pesticides, including requisite finances.

They also face tremendous challenges in marketing their produce due to lack of economic strength, the statement revealed.

FPOs (Farmer Producer Organisations) help in collectivisation of such farmers in order to give them the collective strength to deal with such issues.

Members of the FPO will manage their activities together in the organisation to get better access to technology, input, finance and market for faster enhancement of their income.

"Though the report of 'Doubling of Farmer's Income' recommended formation of 7,000 FPOs by 2022 towards convergence of efforts for doubling farmers' income, the central government announced the creation of 10,000 new FPOs to ensure economies of scale for farmers over the next five years," it said.

In Allahabad, PM Modi will be distributing assistive aids and devices to senior citizens, under the Rashtriya Vayoshri Yojana, and people with disablities, under the Assistance to Disabled Persons for Purchase (ADIP) scheme, at a mega distribution camp.