Kumbh Mela 2019: Prime Minister Narendra Modi is at the Kumbh Mela where he offered prayers by the Ganga, soon after he launched the government's ambitious income-transfer scheme. 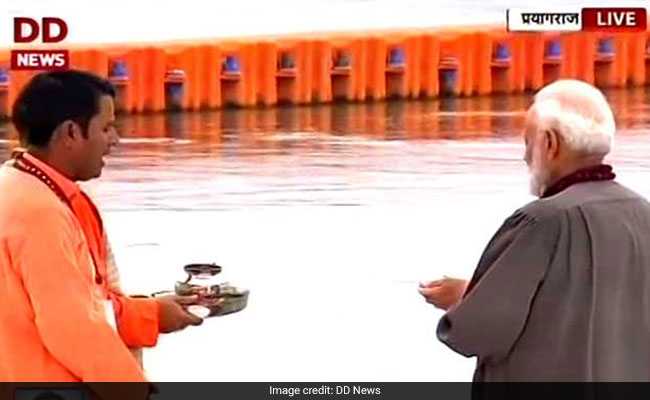 Prime Minister Narendra Modi is at the Kumbh Mela where he offered prayers by the Ganga, soon after he launched the government's ambitious income-transfer scheme.

At the Kumbh, the prime minister participated in the Swachh Kumbh Swachh Aabhaar event, organized by Ministry of Drinking Water and Sanitation. He will distribute the Swachh Kumbh Swachh Aabhaar awards to 'Safai karmacharis' (sanitation employees), 'swachhagrahis', police personnel and 'naviks' (boatmen). "There will also be the digital announcement of Swachh Seva Samman Benefits package," said the statement issued by Prime Minister's Office. PM will later address the gathering.

The Prime Minister was seen stepping into the water as he offered prayers at Kumbh Mela and later performed an 'Aarthi' at the Triveni.

Pradhan Mantri Kisan Samman Nidhi (PM-KISAN) was at a farmers' rally, earlier in the day, in Uttar Pradesh's Gorakhpur. It is the cash-transfer scheme for small and marginal farmers. It is a major populist step by the Modi government to offset a challenging spell of rural crisis brought on by unprofitable sales of farm commodities.

Here are the UPDATES of PM Modi at Kumbh Mela 2019: 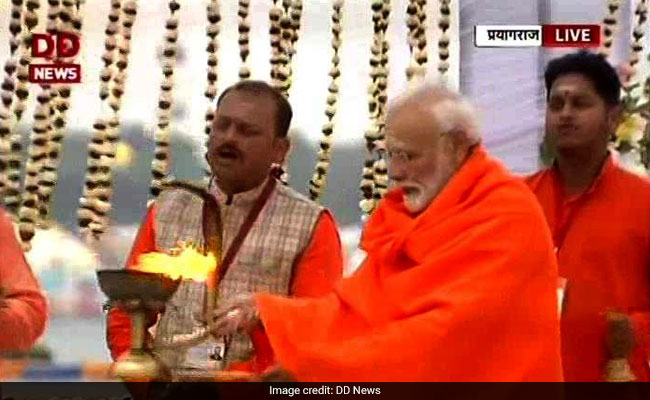 Prime Minister Narendra modi on Sunday offered prayers at the Sangam. Dressed in an orange kurta, the Prime Minister participated in the 'Triveni Puja' conducted by a group of priests.
He offered milk, fruits, a red sari and chandan to the holy rivers, according to Press Trust of India.
Amid the chanting of hymns, PM Modi also did a brief 'Sankalp' for which he later offered some 'dakshina' to the priests, reports PTI.
A sacred thread was also tied to his right wrist as a symbol of the blessings that come from propitiating the holy rivers.
Feb 24, 2019 17:14 (IST)
PM Modi Addresses 'Swachh Kumbh, Swachh Aabhaar' Programme In Prayagraj 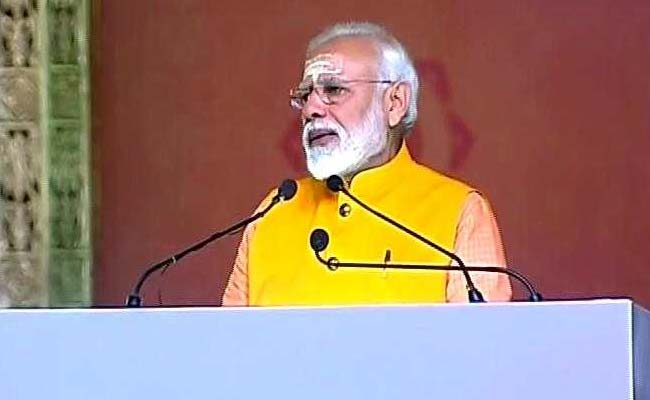 This is one of those moments for me that I will remember forever. The sanitation workers whose feet I have washed - this will stay with me for my life. Their blessings will stay with me for life
Over 20,000 dustbins, 1 lakh toilets , difficult to even imagine how much sanitation workers have done
Swacch Bharat abhiyan progressing at good pace. The whole country progressing towards achieving ODF status before 2nd October this year
Have contributed the money I earned from the Seoul Peace Prize to Namami Gange
Have auctioned all gifts given to me for maa Ganga
Feb 24, 2019 16:36 (IST)
Prime Minister Modi facilitated sanitation workers and was seen washing their feet. 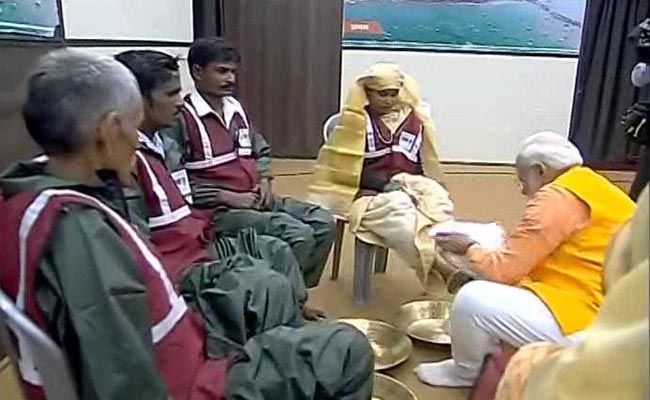 Had the good fortune of taking a holy dip at the #Kumbh. Prayed for the well being of 130 Crore Indians. pic.twitter.com/jTI2QbmWxb 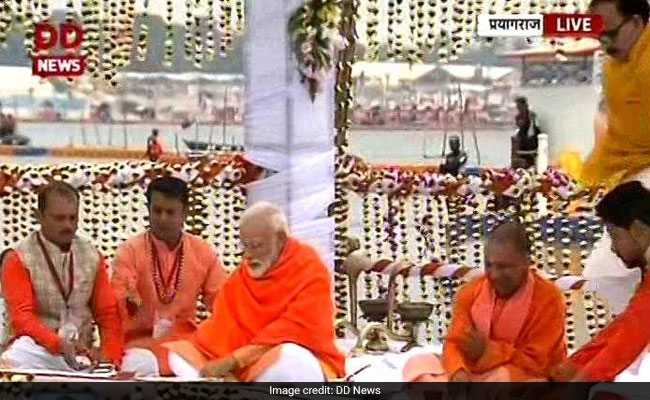 Feb 24, 2019 16:00 (IST)
PM Modi offered prayers by the Ganga river.
Feb 24, 2019 14:03 (IST)
Not A "Scheme On Paper" Like Previous Governments: PM On Cash For Farmers
Prime Minister Narendra Modi today attacked the Congress and the two other key opposition parties of Uttar Pradesh, accusing them of doing little for farmers. 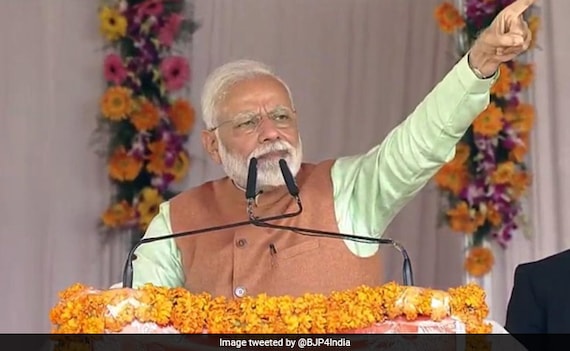 "This is just the beginning. Every year, an approximate amount of Rs 75,000 crore will be directly put in the farmers' bank accounts": Prime Minister @narendramodi 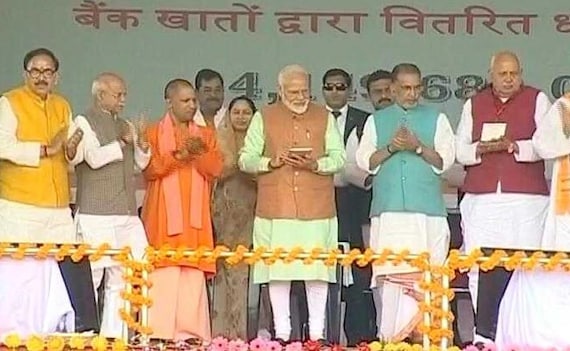 I welcome our Hon. PM Shri @narendramodi ji and extend hearty thanks on behalf of all the farmers and people of Uttar Pradesh.
Jai Kisan